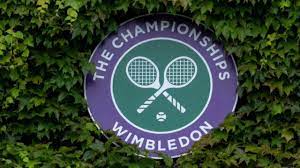 Just like Football and cricket, tennis is equally famous. And when we talk about tennis, Wimbledon immediately comes to mind. This year, it will be held from 27 June-10 July 2022. It is the oldest and the most tennis tournament that started 125 years ago. Although, sports are and should be devoid of interference in politics, then again power plays its part. Amid the Russia-Ukraine conflict, Wimbledon has banned the Russian and Belarusian players from the Wimbledon 2022.

The first Wimbledon Championship in 1877 had just one event, the gentleman’s singles. There were twenty-two competitors, and the champion was a twenty-seven-year-old Spencer, William Gore. Women could not play back then. Men’s double competition and women’s participation were introduced in 1884. In 1967, they televised the first broadcast in color.

This year of Wimbledon had decided not to allow the Russian and Belarusian players to take part. This decision came considering the recent Russian-Ukraine conflict. Men’s world number 2 Daniil Medvedev of Russia, women’s world number 4 Aryna Sabalenka of Belarus, Russian world number 15 Anastasia Pavlyuchenkova, Russia’s 8th Andrey Rublev, and Russia’s 26th Karen Khachanov will not be part of Wimbledon 2022. Coaches, umpires, and physiotherapists may render their services in the tournament.

Although the Lawn Tennis Association has banned the players from the UK, they will play in the French Open. And they will not play under their national flags. ATP said in his regard, “Our sport is proud to operate on the fundamental principles of merit and fairness, where players compete as individuals to earn their place in tournaments based on the ATP rankings. We believe that today’s unilateral decision by Wimbledon and the LTA to exclude players from Russia and Belarus from this year’s British grass-court swing is unfair and has the potential to set a damaging precedent for the game.”

The WTA said, “Individual athletes should not be penalized or prevented from competing due to where they are from, or the decisions made by the governments of their countries. Discrimination, and the decision to focus such discrimination against athletes competing on their own as individuals, is neither fair nor justified. The WTA will continue to apply its rules to reject discrimination and ensure that all athletes can compete at our Tour events should they qualify to do so, a position that until today’s announcement has been shared across professional tennis.”

Criticizing the ban, the Kremlin spokesperson Dmitry Peskov said, “Given that Russia is a strong tennis country and our athletes are among those at the top of the world rankings, the tournament itself would suffer because of this ban. It is unacceptable to make the athletes once again hostages of certain political prejudice, intrigues, and hostile actions towards our country.”

According to the governing bodies of men’s and women’s professional tennis, this was unfair. Men’s body, the ATP, said that it could “set a damaging precedent for the game.” In a statement, the ATP said, “Discrimination based on nationality also constitutes a violation of our agreement with Wimbledon that states that player entry is based solely on ATP rankings. Any course of action in response to this decision will now be assessed in consultation with our board and member councils.”

While the women’s body, the WTA, said it was “very disappointed.” It also said, “it will be evaluating its next steps and what actions may be taken regarding these decisions.”

Novak Djokovic, who is Serbian and a six-time men’s singles champion at Wimbledon said that this was a crazy decision and he did not support All England Lawn Tennis Club in this regard. He added, “The players, the tennis players, the athletes have nothing to do with war. When politics interferes with sport, the result is not good.”

Martina Navratilova, the recipient of nine Wimbledon singles titles, said that excluding the Russian and Belarusian players was not a wise decision. She added, “I think it’s the wrong decision. Tennis is such a democratic sport. It is difficult when you see politics destroy it.”

AELTC defended its decision that it will use its powerful means to restrict Russia’s global influence. According to the statement released, “In the circumstances of such unjustified and unprecedented military aggression, it would be unacceptable for the Russian regime to derive any benefits from the involvement of Russian or Belarusian players. It is, therefore, our intention, with deep regret, to decline entries from Russian and Belarusian players to Wimbledon.”

We should be mindful of the situations that impact global politics. As sports are to inculcate and incorporate the sportsman spirit. They should be divided or wasted in the backdrop of politics. Our world has already been polarized which has impacted peace at large. 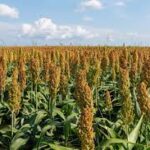 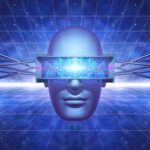