If we say Rafael Nadal is the king of tennis, that won’t be wrong. He has been the number one as if there is none. He has known for dominating the matches and winning effortlessly. Just like that, he dominated the French Open by beating Novak Djokovic. Despite being injured, he maintained supremacy in the court, which shows why he is called so.

Nadal and Djokovic are the greatest rivals in tennis. This is the 59th time that they have faced each other. Rafael played with a fractured rib and a foot injury, but nothing can deter him from winning. He has the record of winning 110 games at games and losing just 3 over 17 years of his career. With highs and lows, he absorbed the pressure in the match coming out victorious by 6-2, 4-6, 6-2, 7-6(4). Djokovic has been brutally slaying Nadal away, but then the king knew how to make a comeback. He won 6  out of 7 games.

He said, “It was a very tough match. Novak is one of the best players in history, without a doubt. Always playing against him is an amazing challenge. All the history that we have together, today was another one. To win against Novak, there is only one way: to play at your best from the first point to the last. Today was one of those nights for me. An unexpected level, but I am super happy.” Nadal will play against Alexander Zverev in the semi-final. Alexander has beaten Carlos Alcaraz by 6-4, 6-4, 4-6, 7-6(7).

Djokovic expressed his feeling about the match, “I know I could have played better,” he said. “I’m proud of fighting and staying till the last shot. As I said, you know, I lost to a better player today. Had my chances. Didn’t use them. That’s it. Over four hours’ battle, and I have to accept this defeat.”

As Nadal is battling injuries, this tournament might be his last. “I am just enjoying every day that I have the chance to be here, and without thinking much about what can happen in the future. Of course, I’m going to keep fighting to find a solution for [the foot], but for the moment, we haven’t. So just give me a chance to play another semi-final here at Roland Garros is a lot of energy for me.”

Let’s see what happens in the Semi-Finals. We are as much interested as you are. Stay tuned for more updates regarding the French Open. 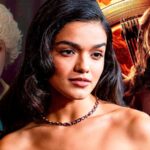