The documentary has been causing an uproar in social media. The trailer is out at the moment and has garnered 258,000 views so far. The documentary is directed and produced by Michael Oswald, a London-based renowned independent documentary maker.

As Niccolo Machiavelli said, “Politics have no relation to morals”, the states are destroyed if they don’t take care of corruption.

The documentary is directed and produced by Michael Oswald and Murtaza Mehdi. Michael Oswald is an independent London-based documentary filmmaker, director, producer, and writer. Oswald’s notable work includes The Man Who Knew Too Much (2020), The Spider’s Web (2017), Princes of the Yen (2014), and 97% Owned (2012).

The 1 m 44-sec trailer shows different journalists, Imran Khan and Fawad Khan talking about corruption. The famous personalities featured in the documentary include Arshad Sharif, Irfan Hashmi, Tom Stocks, John-Allan Namu, Emin Huseynov, Shahzad Akbar, and Rachel Davies Teka.
There were rumors that Netflix and Amazon Prime will release the documentary which has not been confirmed as yet. However, the trailer was uploaded on the Independent POV YouTube channel. Michael Oswald’s earlier work has also been uploaded on the Independent POV YouTube channel. He also shared that the documentary is self-funded.

The film is produced by Independent POV, which is an independent production company. Their website says, “Documentaries that explore the themes of secrecy and abuse of power.” They have already produced five documentaries and most of them are self-funded.

As Frederic Bastiat said, “When plunder becomes a way of life for a group of people in a society, over the course of time they create for themselves a legal system that authorizes it and a moral code that justifies it.”

According to the website, “Behind Closed Doors, is a film about corruption in high places and those who enable it. Politically Exposed Persons (PEPs) are people who hold a public function and as a result, present higher risks of being involved in bribery or corruption…London is the place where they buy property, where they take legal action against their critics, and where they live when they fall from grace.”

Who are Politically Exposed Persons? People who have a public positions are involved in bribery and corruption. The offshore leaks released in the last few years have shown that these people have used the UK to launder their money and reinvest into the global financial system. London is the prime location where they fulfill their desire when they fall in the public eye.

Politically Exposed Persons (PEPs) are people who hold a public function and as a result, present higher risks of being involved in bribery or corruption. Offshore leaks have revealed repeatedly that PEPs use British finance and British offshore jurisdictions to launder their wealth, hide their wealth and re-invest it into the global financial system. London is the place where they buy property, where they take legal action against their critics, and where they live when they fall from grace. The crucial question is when the developing country attempts back to take that laundered money back. Will the money be given back to their claim of being stolen?

"A film about corruption in high places and those who enable it".https://t.co/BOUYWswwXD

What happens when a developing country fights back and attempts to get Britain to return the money that it claims has been stolen? @Independent_POV's documentary Behind Closed Doors details how the U.K. has become a money launderer's paradise.https://t.co/oUepmW4eLs

Was interviewed for this important documentary by @MurtazaMehdi and Michael Oswald 👇👇👇 Michael was behind "the spider's web: Britain's second empire" which I'd also highly recommend. Please take a look! https://t.co/LG3jk9YQUj

The director of the upcoming documentary BEHIND CLOSED DOORS is Michael Oswald.

Michael Oswald is an independent documentary filmmaker who uses narrative storytelling and cinematography to produce investigative and observational films that are provocative and controversial. pic.twitter.com/0lLl6jBibs

#ArshadSharif @arsched features in the documentary ‘Behind Closed Doors’ by Michael Oswald & @MurtazaMehdi, on corruption in high places & those who enable it.

No surprises to see this in the trailer: “London, & its role in the offshore world…it’s a money launderer’s paradise.” https://t.co/teKgHZFqqb

Behind Closed Doors (Official Trailer)
"A film about corruption in high places and those who enable it".https://t.co/Ajb7FUHY9V
Credit:
Michael Oswald
Murtaza Mehdi#قوم_کا_ہیرو_ارشد_شریف pic.twitter.com/j4UjpvFdJr

Actually Michael Oswald is good at explaining how white collar corruption flourishes in the high offices of the country & how it end up in offshore accounts to London.
✔️ His Documentaries are;
✅ The Spider's Web: Britain's second empire
✅ The man who knew too much
# https://t.co/5r4iaSivNW

A recent report has revealed that a documentary by award winning producer Michael Oswald, called ‘Behind closed doors’ will unravel corruption scandals of the Sharif family. Murtaza Mehdi & Michael Oswald’s documentary will have exclusive insights into money laundering in Pak. pic.twitter.com/yx80FapCfE

On a side note, Arshad Sharif who was one of the key contributors to the documentary was assassinated in Nairobi, Kenya. He had left the country in August after receiving life threats. The investigation by the General Service Unit (a paramilitary wing in the Kenya Police Service) is underway. Independent POV shared the news of his death on their Twitter handle.

We are very saddened by the unexpected death of fearless journalist #ArshadSharif. He was part of our upcoming doc “Behind Closed Doors”. Deepest condolences to his family and to the entire journalism fraternity.

The Kenyan Police shared the following statement regarding his assassination.

Sharif was shot dead by police Sunday night in Kajiado.https://t.co/XSGlJGhMO1 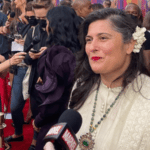