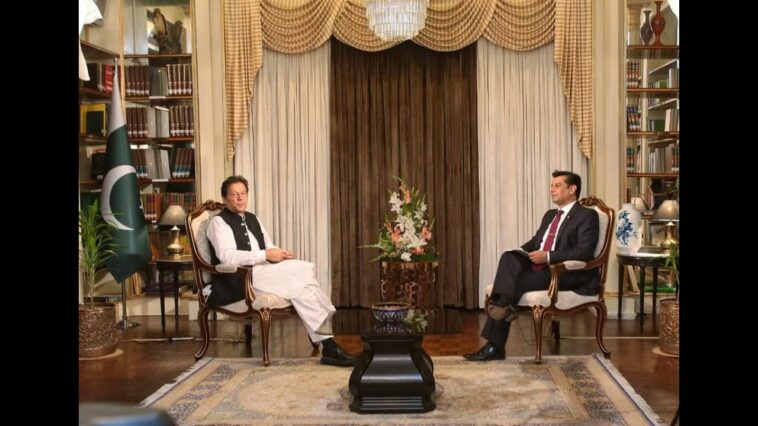 The No-Confidence Vote is ahead which is making the people uneasy. We are all concerned what will be the future of PM Imran Khan. As most people are raising their voices in favor of the premier, they are equally concerned about the situation. The no-confidence is likely to take place on April 3rd, 2022. PM Imran Khan to give people hope and expose the conspiracy that is going on against him did an interview with Arshad Sharif on April 1st, 2022, which is considered his last interview before the no-confidence vote. We have summed up the main highlights of PM Imran Khan’s interview with Arshad Sharif.

Many questions were asked but the aim is to bring to your notice the key points of the interview. Arshad Sharif’s interview was aired on ARY Digital. Arshad Sharif’s main purpose behind interviewing PM Imran Khan was to tell the people and the world who are desperately waiting to know what will be the future of the Pakistani leader. A leader whose aim is to form an independent and free foreign policy. In the 75 years of history of Pakistan after Quaid-e-Azam, Imran Khan is the only leader who is protecting the government from being a slave to foreign powers. He is trying to liberate the country from enslavement.

Now the time has come to the point where the opposition is trying to oust the government but will they be successful in achieving their goal? This is something no one knows but what we do know is that it will not be easy to keep Imran Khan from turning the country into a welfare state.

Main Highlights of the interview

PM Imran Khan upon the question related to the conspiracy that is going on against him said “Since August 2021, I have been aware of this conspiracy. I was getting reports from the agencies so I knew what was happening. I already told my cabinet that the coming winters would be difficult.”

He also said that “external powers need someone in the government who’ll act as a puppet and will be ready to compromise the national interest to further his own personal interests.” He further added, “they don’t need to invade the country because they are controlling the government from inside.”

The premier mentioned the role of the Army in his interview. He said “the anti-army segments are trying to weaken the country from the inside. It is the army that is holding the whole country together and the country needs the Army now more than ever.” He also quoted the example of countries like Iran, Iraq, Libya, and Syria and said “the external powers try to weaken the countries whose army is strong,” the example is evident in the cases of the aforementioned states.

While talking about corruption PM Imran Khan said ‘that past governments have made corruption acceptable,’ all the evils like bribery, money laundering, corruption, etc. have destabilized the country.

The PM made it crystal clear that he’ll not give NRO to the people involved in looting the country. He expressed his views on the first NRO and said “General Musharaf gave NRO to save his government. Giving NRO to them was the biggest mistake, bigger than Marshal Law. I won’t give NRO, even at the cost of my life.”. He added that “Foreign powers need these corrupt people to rule Pakistan, they don’t need to send forces, what they need is these corrupt people. They are ready to sell nation.”

While addressing the question related to inflation and governance PM Imran Khan said “Inflation is an international phenomenon. Sri Lankan President is being attacked because of inflation. A country like America is facing inflation after 40 years. Europe and England are no different. The government is being called ‘na-ahal’ while the world is praising the government for keeping the country on track.” The government has been working continuously to uplift the needy and the vulnerable in times like these.

When Arshad Sharif asked about the primer’s thoughts on the no-confidence vote he said ” I think the match goes on till the last ball. And we will fight till the last ball.” He also said that “We won’t be able to run Government even if we go through no-confidence Motion with these people who are sold. I won’t speak to Shahbaz Shareef who parked crores in the account of servants. If I speak to him, it will be a sin.”

We hope that the government stays till its end of tenure. It would be unfair to oust the government to please the foreign interest. We need to uphold our country’s sovereignty, if we don’t then what’s the point of being an independent state? 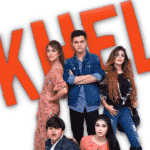 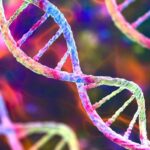