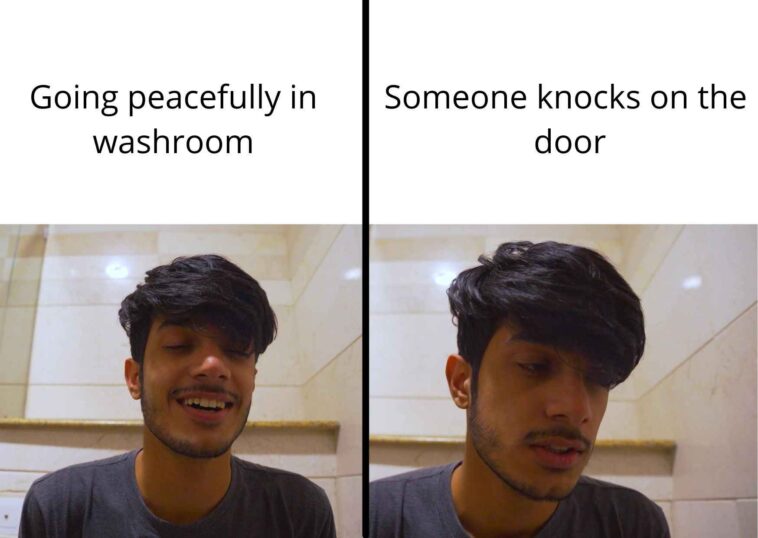 Imagine this! You are doing your business in the washroom in complete peace, and you are winning all those arguments that you have always wanted to win. Right when you are at your climax, someone knocks so harshly on the door that whatever you were relieving yourself from just stops, and hangs in your stomach. Cursing is no longer an option, as whoever is at that door seems to have intellect below primal.

Any moment now, they might succeed in breaking the door, and find you in a state that you only wish upon your enemies.

Did you know that there is a possibility you can thwart this attack? Yes! This article has come to you at the right time to offer the wisdom of the ages. There are certain phrases or statements that act as the perfect magical words to disperse the hostile force. Follow through for a life-changing experience!

One way to thwart an attack from a below-primal intellectual is to show dominance using low growling tones. The mind of a washroom door knocker works in a setting similar to jungles, you see. The moment you show dominance by roaring, they will understand that another animal of superior intellect occupies the position inside. And unless they want a blood bath, they should let you take a dump in peace. Depending on where you are, or what manner of business you are doing inside, you can vary your roar type.

I have been waiting for you!

The below-average intellectual will take that as a warning. His/her mind will spin webs of unfathomable tales and they will take a step back, retreating to the cave they crawled out of in the first place.

When you say this phrase in response to the unwanted knocks, their hearts will burst with fear, depending on how menacing you sound while saying this. You shouldn’t really hold back while speaking it. Let your inner devil come out this time.

How to thwart someone with below primal intellect? It’s quite simple. Confuse the hell out of them. Be sure to say this in a monotonous and robotic voice. They will think that they are not in the right place. They are certainly not right in their head. The problem with these magic words is that they don’t solve the problem permanently. Those simple-minded creatures might come back and knock harder. So make sure to couple this technique with another one.

This technique can be combined with the above technique. In case those dumbhead beings come back to make your peaceful time miserable, just scream at the top of your lungs, “Fire! Fire!”.

Nothing is better than throwing them off balance with a sense of false danger. Those simpletons will never guess that you are actually trying to get them off your sacred space.

Did you know that close-minded people often tend to be very superstitious? These close-minded people also happen to knock at your washroom door while you are taking a shit in peace. This is without doubt one of my favorite techniques. But it is a powerful one, and it can have psychological ramifications later on. Of course, you don’t need to worry about that since whoever disturbed your peace deserves to be fried!

Yell, “Hail Satan!”. The majority of the population is scared like shit whenever they hear the name of the devil.

We Are No Longer Filling Any Vacancies

Try to be as formal as possible while uttering these words. You will once more want to be as assertive in your words as possible. By speaking this phrase, you bring their simple minds to the fact that the washroom no longer has any vacancy left for someone else to squeeze in. This can especially come in handy if you know that the prick outside is from an office setting.

Sometimes, the only way to fend off those lunatics at the washroom gates is to appear a pervert yourself. Some of them might have morals or conscience or a simple phobia of perverts. In case you fear tainting your incredibly pure reputation, fear not. They haven’t even seen you and chances are, in the panic that is caused by this phrase, they won’t even remember who you were.

Knock With a Rhythm! It Helps Me Do it Better

A safe way is to appear like a freak, which is exactly what you will look like while saying these words out from behind the washroom door. Chances are that they will not understand the gesture, and start actually knocking in rhythms. However, if they do, then it might present you as a weird creature and the simple-minded beings often wear the weird. 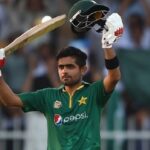