Note: This is a spoof article. None of the facts given here should be substituted for real life.

Scientists at Harvard University have recently made an important discovery. According to a study carried out in the year 2022, android users have been found to be ten times humbler and better than iPhone users. Nearly 22 million USD has been spent on making this important discovery. The funding has been directly taken from the reserves secured for ending world hunger as well as carrying out cancer research.

Scientists based this study on the basis of samples they picked from streets. The test subjects were picked randomly. For carrying out this critical process, scientists rotated the wheel of the globe and wherever the mark landed, that area was chosen for study.

“Most of our money went into hiring kidnappers who could capture test subjects for us from the required areas,” explained the head scientist, Mr. Rana Tigrina.

To do the study, scientists put the captured citizens in separate domes and tasked them with different games. The iPhone users were put in Hunger Games-like settings while the android users were put in squid games. There were no lethal weapons, save for their phones.

“The idea was to give them as fair a trial as possible,” Mr. Rana Tigrina explained.

After carrying out the study for several weeks, the scientists went inside the domes to check on them.

The study didn’t go as planned as the iPhone users had survived and regrouped and then took over the entire facility. The scientists kept on taking readings while at the same time, being held in cages like animals.

In comparison, the android users had already escaped from the dome, thanks to a defective scientist who found the studies too barbaric. Some android users that their peers had left begged for their life. Due to the difference in the behavior between the two groups, Mr. Rana Tigrina has declared that android users are far humbler and better than iPhone users. 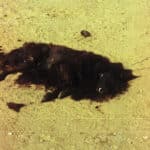