We all know that with the start of Ramzan we see another thing coming our way and that’s price hikes and load-shedding. Yes! it sounds weird as in the month of Ramzan, everywhere in the world governments try to ease up things to provide relief to the observers of Ramzan but in Pakistan, quite the opposite happens. The increase in prices of the daily use commodities and load shedding often creates difficulties for people. This Ramzan, however, the government has announced certain Ramzan measures which we see as the Ramzan relief package and good news for Pakistanis.

The government has made three announcements for Ramzan which will definitely appear as happy news for all the Pakistanis. If not all but a few of their problems will be solved.

Loadshedding in summers is something no one wants. We can live one or two hours without light and fans during winters but in summers humari taraf sei mazrat hai. Seriously, in summers the sun doesn’t let go of us from its warmth, and on top of that load-shedding drowns us in our own sweats, and trust us it really is a Deadly Combo. But yeah, you can breathe a sigh of relief as the announcement has been made regarding the load-shedding hours during Ramzan 2022. Ramzan is expected to commence from 2nd or 3rd April 2022 and the load shedding schedule will If not all day but during Sehri, Iftar, and Taraweeh prayer you’ll be able to see the light of the day and night as well. Yes! in situations like these people say ‘something is better than nothing.’

The government has another good news in the bag i.e., 10 percent tax relief on the import of edible oil. Federal Minister for Finance and Revenue, Shaukat Tarin, announced that during April and May the tax relief on edible oil will be enforced.  This measure is taken to curb the shortage of oil and price hikes in oil in the month of Ramzan. Doing so will help manage to keep the oil prices in line. So, if you didn’t buy edibles just because of cooking oil bohat lagay ga then rest assured dubara ajaye ga because of the tax relief. Eat fried things but in a limit, because the government won’t be able to control your cholesterol.

We kept the best part for the last. DC Aamir Hussain Panhwar has announced a vigilant and strict implementation of the Ramzan ordinance. According to this ordinance, the prices of basic commodities will remain in control. No trader or vendor will be allowed to increase the prices of the products. They’ll have to sell things at fixed and cheap prices as ordered by the government. Anyone found in breach of the Ramzan ordinance will be met with legal action. Isn’t it great? Now you can take care of your cholesterol and health at the same time. 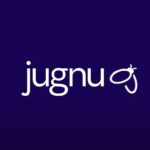 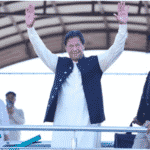