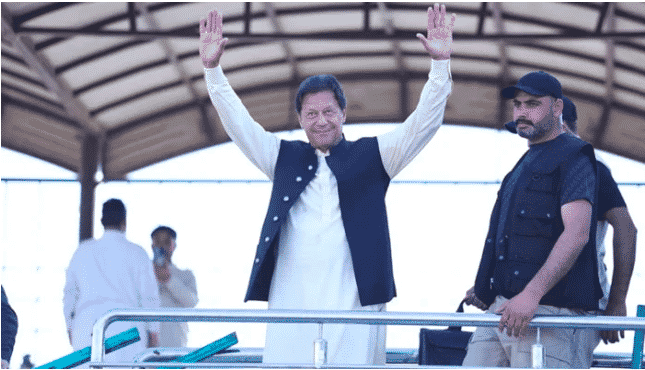 In Pakistan, the political upheaval is taking the shape of rallies and jalsas from all the parties, whether opposition or the ruling. Everyone is trying to secure downplay each other. The story of our very own Prime Minister turned cricketer started when ‘some’ in the opposition banded together to oust the government or, to be more specific, Imran Khan. But they didn’t know one thing, there is only one person besides gravity that can pull anyone or anything towards him and that’s Imran Khan, the crowd puller. The whole nation is eager to see whether his power show will be a Yorker or a No ball.

Time To Take The Wicket

Whenever we think of the current situation, a poem rings in our head ‘paanch choohay ghar sei niklay karnay chalay shikaar,’ because everyone seems to leave their house just to claim the government. Know one thing: if everyone could rule, we wouldn’t have just one Prime Minister. Yeah, it hits hard, but it is what it is. From the get-go, we are witnessing some futile attempts are being made to oust the current government. The no-trust vote came at a later stage; PM Imran Khan has been facing harsh criticism from some political parties since he resumed office or maybe since his birth? Who knows? Because we cannot wrap our heads around the idea of a ‘no-trust vote.’ Where did he go wrong? If he is not taking people’s money ‘without their permission,’ does that make him a bad leader? Or whenever he sees people suffering from poor health conditions, he doesn’t close his eyes just to utter some words of sympathy. Instead, he introduces solutions to lessen people’s hardships. Maybe he should’ve turned a blind eye towards them.

But that too wouldn’t have made him an eye-candy for the opposition. Yeah, maybe there is something about his personality and the way he governs. Having an answer to all the tricky queries from the critics, finding a solution to all the problems bus shok hota hai kuch logo ko toofan mein kashtian chalanay ka. That still doesn’t make him a bad leader. He is steering the whole nation out of a tornado. That might sound hard, but it’s not impossible. People just need to have a little faith and work towards a better Pakistan and not walk in an opposite direction. Yeah, quite frankly, who does that?

All this criticism was well taken and answered. From twitter’s war of words to meri pencil bari hai ya tumhari? We are witnessing many things. From bashing to gate crashing, everything seems like picture ka scene koi. And now we have come to the interval where we have to decide who won at rallying a large group of people around them. And we exactly know there is only pull one person who even can best a magnet. He is definitely a no joke.

We never gave you a choice to choose from because there was no list to begin with. Imran khan Sahab hain aur un kay sath bhi Imran Khan Sahab hain. We all saw how on 27th March 2022, the crowd went crazy and gathered to support Imran Khan. For the first time, we realized why people around the world kept saying the population is growing; the population is growing because it didn’t seem like that. But yesterday, with this many people, at one place and that too for not a concert to jam in but a 2-hour speech to listen and admire.

Prime Minister @ImranKhanPTI has thanked everyone, especially women, who attended the Amr-bil-Maroof public gathering from across Pakistan, making it the biggest ever public meeting in the capital https://t.co/apB3lYSLRf

This is just one city, imagine the crowds on 27th March at Parade Ground Islamabad! #یہ_بازی_خان_ہی_جیتےگا pic.twitter.com/4WbFBSr19L

People came rushing to support the PM like a swarm of bees. The whole parade ground was filled with PM supporters. Imran Khan addressed the crowd on Sunday, at the parade ground in Islamabad. This rally is labeled as Amar Bil Maroof means encouraging people to do good.

Thank you Pakistan , to each one of you who came in Parade Ground, to those who were stuck in the rallies and to those who supported from home. Pakistan stands with Imran Khan! #IamImranKhan pic.twitter.com/bY4MhX4dJk

During his speech he talked about all the achievements of the government and his ideology of a welfare state and along with that he warned the public to be wary of the conspiracies and hidden motives. And as usual, he directly or indirectly mentioned some of his dear friends that are internally and externally destabilizing the country.

They say when things get tough, the tough get going. This power show gives out a loud and clear message. Despite the inflation, pandemic, and other grievances, people will support Imran Khan through thick and thin. This time, our premier definitely took the wicket. 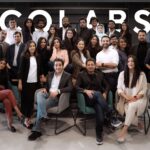