Pakistan and Turkey enjoy cordial bilateral relations. Both the countries are witnessed supporting each other on multiple accounts and across various regional and international platforms. Even if the times get tough Pakistan and Turkey make sure to help each other out. Already, having good relations officials from both the countries are exploring the future prospects of Pakistan-Turkey relations which calls the need for more cooperation between the two.

Recently, Pakistan’s President Arif Alvi met with General Yasar Guler, Chief of the Turkish General Staff, and Ihsan Mustafa Yurdakul, Ambassador of Turkey to Pakistan. The meeting was held at Aiwan-e-Sadr. Many important issues were discussed during the meeting.

Pakistan and Turkey have reaffirmed the resolve to further improve bilateral relations in diverse domains and support each other at various regional and international fora https://t.co/0BnGJJyMZ5 @PresOfPakistan @ArifAlvi pic.twitter.com/H2oYV68ufN

Some of the main highlights of this meet-up are the Pak-Turkey cooperation, Kashmir, and Afghanistan issue.

Pakistan’s President, Arif Alvi during the meeting emphasized the need for broadening cooperation between both countries. He further said that both countries can work together in different sectors like information technology (I.T.), trade, culture, and defense. Both the countries could work on ways to generate mutual benefits for both the countries which will further strengthen the bilateral relations.

Furthering trade and defense ties would bring diversity to both countries. As for cultural ties, the people of Turkey and Pakistan already show immense love and interest in each other’s culture and traditions. Turkish shows are making quite an impact on the Pakistani audience. It’s time for Pakistani shows to do the same.

The President also talked about the human rights violations taking place in Kashmir. He also thanked Turkey for backing Pakistan on the Kashmir issue.

Everyone around the world is now well aware of what is happening in Indian-occupied Kashmir. But the world seems to have taken a lean back while Kashmiris suffer all sorts of violence. Only a few countries are voicing their concerns and condemning the human rights violations against the people of Kashmir. As humans and active members of a peaceful society, this should be an alarming situation for all countries and human beings.

Pakistan and Turkey both are on the same page when it comes to the Afghan crisis. Both the countries are of opinion that peace in Afghanistan means peace in the region. This also opens gateways for connectivity, trade, and prosperity.

Kashmir and Afghanistan, both are on Pakistan’s priority list. Wherever and whenever possible, Pakistan has proposed solutions for the crisis situation in the aforementioned countries. Pakistan is also trying all it could to convince the international community that the only solution for Afghanistan and Kashmir issues lies in collective action.

We also hope that the bilateral relations between both countries take new heights. We might witness more of Turkish culture in Pakistan and vice versa. 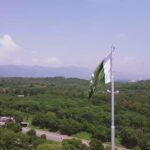 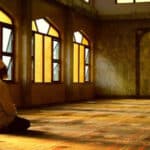