Climate change has been a global challenge in the 21st century.  With each passing year,  it has had serious impacts. That too in terms of economic, social, and political impacts. The rising human activity, carbon emissions have led to droughts, floods,  wildfires, cyclones, and intense heat waves.  The developing countries are the most affected ones.

Since the day, Imran Khan has come into power, he has emphasized climate change. He has been an advocate of eco-friendly measures,  clean and green initiatives.   Before stepping into power, he had planted a billion trees in KPK during the 2014-2018 era. This helped in the forest growth by 6 % which is a great achievement. The Billion Tree Tsunami is an initiative to restore 1 million acres of forests across the country.

The Protected Areas Initiative was launched during COVId-19. It aims at preserving the unique and to be extinct biodiversity. The National Parks have increased from 30 to 45 in just a year. It has created opportunities for eco-tourism.

The eco-tourism village is also part of the initiative. It would be launched in Kaghan Valley in March 2022. Located in Shinkiari, Mansehra, KPK, it is near the historic Monroe Track. This was restored by PTI under its 10 Billion Tree Tsunami project.

A sneak preview into #Pakistan ‘s first #EcoTourismVillage developed by @ClimateChangePK with @UNDP_Pakistan in #Kaghan valley and opening in March – #ZeroCarbon and #ZeroWaste pic.twitter.com/SLEjfDCxjC

According to the Special Assistant to Prime Minister on Climate Change Malik Amin Aslam, a Zero Waste policy would be implemented in the eco-tourism village. It will increase tourism.   These projects will create awareness and living standards for the locals. This will also help in a positive image of the tourism industry of the region. 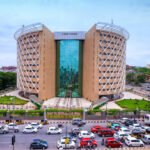