Everything about season 5 of Stranger things

Ross Duffer hinted at the possible time lapse in season 5 of Stranger things “I’m sure we will do a time jump.” He added “Ideally, we’d have shot [Seasons 4 and 5] back to back, but there was just no feasible way to do that.”

Matt Duffer opined in an interview: “It’s weird. We ended up splitting [Season 4], which was not originally a plan, but we did Volume 1 and Volume 2. Season 5 is more really like Part 2 of Season 4.”

Regarding the air time, the Duffer Brothers are planning to keep it short, action packed season instead of dragging it for hours. As the creators said: “I don’t know that it’s going to be going 100 miles an hour at the start of 5, but it’s going to be moving pretty fast.”

The new and repeated plots

If talked about the repeated plot, the last season will be a sort of a homage to the season 1 of Stranger things “a lot of the original groupings and pairings that we had in Season 1… There’s something nice about coming full circle.”

The undecided future of Hawkins

The end of season 4 ended up pretty bad for Hawkins. Things might get worst for Hawkins or it might change for good. The creators have yet to decide what would be the befitting ending for Hawkins. Probably a different ending than Westeros in Game of Thrones.

The creators are done with Papa Dr. Brenner character. No more rising from the death for Papa. At least, Eleven would be saved from all the torture but the question is for how long ? The Duffer Brothers: “what happened to that program once Henry became involved and how Brenner evolved it into including multiple kids.”

The Character of Will

Now that Jonathan is aware of his brother’s sexuality, it is expected “that journey of Will’s character is going to continue,” the creators added “and that’s really going to be his arc as we move into the final season and complete that journey.”

The creators of Stranger Things are also planning on surprising the fans with a spinoff of the series “we do have an idea for a spinoff that we’re super excited about… but we haven’t told anyone the idea yet, much less written it. We think everyone — including Netflix — will be surprised when they hear the concept, because it’s very, very different.” The expected link between the Stranger Things and the spinoff would not be the characters but “storytelling sensibility.”

Stranger things season 5 date is yet to be revealed but the creators are planning to wind it up by early 2024. Soon we will hear about the official release date. Another important news to stun you all is that Netflix has asked the creators of Stranger things to work on a series based on the famous Death Note. Isn’t it making you curious even more? Death Note’s story was already an intriguing one and now its series ah……. don’t want to wait for it.

Let’s see how the Duffer Brothers pull off both the projects. 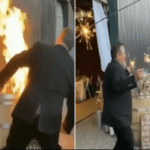 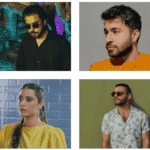