This year has been quite shocking to Football fans, for a few highly unexpected changes. One was when Lionel Messi left Barcelona and joined Paris Saint Germain, and Ronaldo switched from Juventus to Manchester United. But all in all, even with the pandemic looming over our heads, some great Football was played this year. As they say in sports – records are meant to be broken, here are a few football records broken this year.

Lionel Messi won his 7th FIFA Ballon d’Or award beating Lewandowski in a very thrilling event at the start of December. Messi is the first footballer ever to have won 7 of these.

In the Euro Championship, Italy had the longest unbeaten streak of 37 matches this year

The international football team of Italy had an awe-inspiring year – becoming the champions of Euro 2020. To win this title, Italy won 37 matches, beating the record previously held by Brazil and Spain for 35 games.

Messi broke his own record and Pele’s record by scoring 474 goals in a single premier league. He scores this many goals in Spanish La Liga before moving to Ligue 1.

Jude Bellingham is not the youngest player to play in the European league. At 17, he started playing in an England vs. Croatia match.

Ronaldo is the highest international goal scorer in History

This year Ronaldo has broken yet another record of scoring the most international goals ever. He has scored more than 800 goals.

Jack Grealish is now the most expensive British transfer to date

This year we have had many transfers, and yet still the most expensive transfer was of Jack Grealish. Manchester City signed this player from Aston Villa by paying them 105.7 million euros.

Mo Salah is the highest scoring African in the Premier League

Mohamed Salah has been exceptional throughout the year for Liverpool. He is super talented and loved by all. He also managed to beat Didier Drogba’s record.

Robert Lewandowski has been a great forward these last two years. Unfortunately, he did not get his FIFA Ballon d’Or last year. However, he did not let it break his spirit and managed to break Gerd Muller’s 40 goals in Bundesliga by scoring 41 in a calendar year. 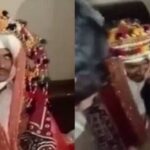