We all have heard of a wedding without food, a wedding without relatives, a wedding without dances but a wedding without a BRIDE? Yup, this unusual wedding took place in Tando Fazal, Sindh where a man, eager to get married, marries without a bride. Speaking on behalf of all the single people out there, we feel you, bro! The pain we go through every time someone changes their relationship status on Facebook to “got married”, especially in this wedding season is like another arrow in the heart. Tum nahi smjho gay Rahul!

There’s a very famous saying, “Shadi ka ladu jo khaye who pachtaye aur jo na khaye who bhi pachtaye,” and well, we say pachtana hi hai tou kha k pachta lete hain. Because bro, happily single is not even a joke anymore. However, similar feelings were felt by Faisal, a young man in Sindh who kept on nagging his neighbors to get him married. The villagers say he kept insisting on a wedding for himself at every wedding that took place in the village.

In the videos and pictures shared on social media, it is evident that the Faisal is dressed like a groom, and taken to where his wedding took place. He can be seen as very content with what’s happening. On this occasion, a stage was set up for the groom; the people of the area danced to the beat of drums and a band was also arranged. The people of the area showered him with money and Faisal’s happiness was evident even at this unusual and incomplete marriage.

Before we put on our cynical caps and get all judge-y, the other side of the picture is rather different though. Faisal is a handicapped, mentally ill man who allegedly used to fuss over other people’s marriages in his neighborhood, saying that he wanted to be married too. The villagers staged a fake wedding for him to prevent him from insisting on being married at other people’s weddings.

Although this may be the sad side of the story, let’s not ignore the harmless act of kindness by the people. The villagers sincerely wanted to see Faisal happy and rather than calling him crazy and shooing him away, they decided to make his wish come true. Another act worth acknowledging is that they didn’t burden an innocent young girl into marrying him forcefully which is a common custom in rural areas.

While the locals are concerned about the fact that Faisal may question his bride’s whereabouts, they made an event happen for his happiness and celebrated it wholeheartedly. Such a heartfelt moment it must be!

This goes to show how important it is to be happy and make other people happy, especially in today’s world. We wish to see such acts of kindness all over and hope to create a community that chooses to include and leads to include! 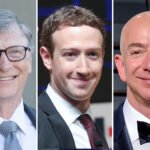