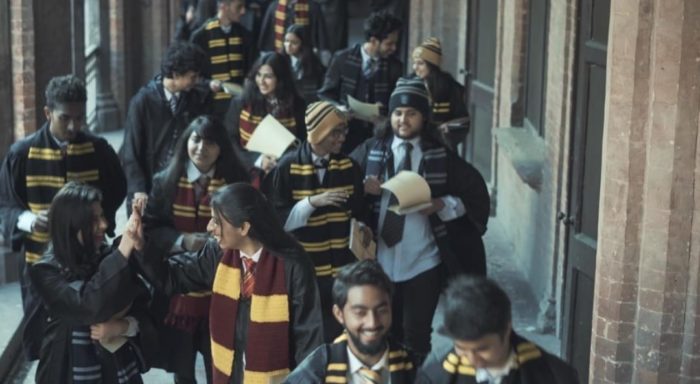 Having lived in Islamabad, I never thought I would want to ever visit Lahore like I do this week. All I want now is to skip on my job and studies, make up some excuse and go to GC University Lahore for the whole week!

Why? Because it is the Harry Potter week, and after these long 14 years since Deathly Hallow was published, I am still very much in love with Draco Malfoy and mourn the death of Fred Weasley! *sobs*

‘After all this time?’

Government College University Lahore (GCUL) announced that the dates following 29 November 2021 till 5 December 2021 are Hogwarts week. A few pictures have gone viral of the students wearing the Gryffindor robes, with the smog in Lahore giving it that particular start-of-the-year vibe.

Unfortunately for me, I never got my Hogwart’s letter all those years ago and it doesn’t seem likely that I will get a chance to go to Lahore for the Hogwart’s week.

But keeping my miseries aside, we cannot help but appreciate the effort and dedication of all the students of the university. It is no easy task to pull this off at such a large scale, and they have managed to do so phenomenally.

Thinking about this takes me back to when I first read the series and fell in love with Fred, Draco, Teddy, Cedric, and Professor Snape, all at once. I never specifically liked Harry, but Ron has been my forever favorite. Not to mention how cute Neville was, oh and what wouldn’t I give to have Professor McGonagall as my professor.

Why did I have to be accurate and not a fictitious character from the Harry Potter universe who marries Draco and lives happily ever after? I would work in the Ministry of Magic as an Auror, and my best friend would be Hermione Granger. Professor Snape wouldn’t have died at the Battle of Hogwarts and would have given me away on my marriage. Me, Draco, and our mud-blood children would go watch the Quidditch cup every year, and our portkey would be a diadem.

On our first anniversary, I would gift Draco Nimbus 2000 to be the Dark Arts professor at Hogwarts. And together, we would have lived happily ever after.

If only I wasn’t real. If only! But on a side note, I once read something about fictional characters would say to humans, ‘I love you, but you’re real.’

So Draco, if you love me, just know that I love you just as much, if not more! Make sure your father hears about this!

The trailers’ videos are also unique and showcase the type of creativity that is rare to find. In the end, all I can is that while Professor Snape, while looking at his snape self, would be happy for the students, Professor Dumbledor would have given the house cup to the entire university of GCUL, as if they were all Gryffindor.

And this is the highest degree of praise that can give to the students! Let us know which house would you have been in the Harry Potter verse! 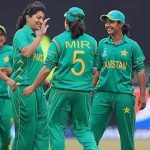