Cyberbullying has become a trend on social media. Though the proponents of social media anticipated and promoted it for knowledge and awareness, it turned out to be a hub or more like a safe haven for cyberbullies. The ones who are not listened to or given attention in their actual life try to seek people’s attention online. And to their satisfaction they are successful in gaining the attention. Why give your two cents to bullies but when you encounter one on your Instagram or Facebook account, you just get bewitched by their words. This is how they get the upper hand. However, not anymore, if you don’t want to be a broke bully try keeping your negative and unwanted thoughts to yourself. There is a fine line between bashing and constructive criticism and whoever says otherwise, is a masked bully. The good news is Japan will make you pay $2000 and a year in prison for cyberbullying – broke bullies beware!

All the bullies behind their cell phones should now be very careful of what they post about someone else because Japan will not let you go unapprehended. Unfair right? But seems like a pretty fair deal for the rest of the citizens.

Japans parliament recently moved on with a legislation to stricken the cyberbullying policies and punishments. Seems like the cyber bullies got used to the previous punishments. Nevertheless, this time they will be dealt with an iron hand. The parliament took notice of the online insults that resulted in the suicide of a reality television star Hana Kimura in May 2020. The charges at that time were not severe enough that called for a law suit later on.

The punishment set prior to this amendment was less than 30 days in prison and a fine of $75 which is significantly less than the current punishment. Although all these efforts are to curb cyberbullying but has sparked controversy around the country. People are associating this amendment with curtailment of freedom of speech and expression. According to one opponent “There needs to be a guideline that makes a distinction on what qualifies as an insult,” Further added. “For example, at the moment, even if someone calls the leader of Japan an idiot, then maybe under the revised law that could be classed as an insult.”

The supporters however, see this step as a way toward containing social media harassment. Reiterating the stance here, we need to walk a fine line between constructive criticism and demeaning others.

Whatever the case maybe, one thing is guaranteed many people in Japan are either going to be bankrupt or cyberbullying is going to end. Either way it’s a win-win situation for everyone. 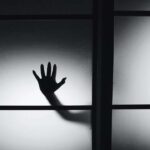 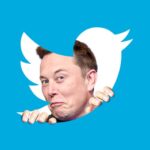