Pakistan has been dominating hockey for quite a few decades with medals from the Olympics. Pakistan has won the Asia Cup three times. Unfortunately, it couldn’t keep its domination due to cricket fever. It doesn’t really matter which sports they play as rivals; it is bound to be high voltage and fierce. are against In the match against the arch-rivals India, the match ended in a draw when Abdul Rana ended Indian domination in the field.

This year’s Asia Cup is held in Indonesia. Three teams from the Asia Cup will qualify for the World cup next year. The final match will be on 1st June. Pakistan and India have been placed in Pool A. India has defended the title in the 2017 Asia Cup. India will host the 2023 World cup.

In the match between Pakistan and India, India dominated the game for both halves. The debutant Karti Sevam scored his first goal in the first half. Pakistan’s Abdul Rana ended the domination in the last minute of the play by scoring the only goal-saving Pakistan. Both the teams got equal opportunities to score, but they couldn’t turn them into goals. Pakistani goalkeeper Akmal Hussain stood alert by saving the post from Indian players. He was declared Player of the Match for his outstanding performance.

Both the teams have talented players. Pakistan’s new coach Siegfried Aikman encouraged the players, “We have a lot of young players because we need to start rebuilding the team. They can only gain experience if they get to play.”

In the latest news from the Asia Cup, India lost to Japan by 5-2, whereas Pakistan outclassed the host Indonesia by 13-0. Great Performance Green Shirts!!!

Japan 🇯🇵 beat India 🇮🇳 5-2 now Pakistan 🇵🇰have good chance to finish on top in Pool A and if India 🇮🇳 out from semifinals we must be finish Asia cup in top 3 to qualify for World Cup 2023 …..Finger crossed #PakistanZindabad #Pakistan #Hockey 🇵🇰🇵🇰🇵🇰🏑 pic.twitter.com/FBeyGqI5XL

Pakistan is going to face Japan on 26th May 2022. We wish green shirts all the best. 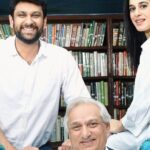 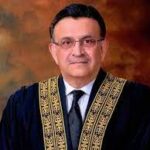