The month of sorrow and grief is upon us. Every year, the month of Muharram arrives, and many of us are reminded of the sacrifices that the grandson of the Holy Prophet (S.A.W) made to save Islam. Every year, processions are arranged, religious ceremonies are held and the nights are filled with cries of devotees who remember the persecution of the sacred family.

Even after several centuries, the respect for this month is present. The best part is that the respect that Muharram commands transcends all sects, and in some cases, religions. Every human heart weeps at the tragedies that descended upon the Holy Family.

And tragically, when the hour of 10th Muharram’s midnight passes, the lessons are forgotten, and the routines are restored. The ritualistic devotion fades away right until the next Muharram approaches.

For us, it leaves much room to ponder. Are those rituals all that we should derive from the tragedy of Karbala? What was the meaning behind the Muharram’s sacrifice? Was there an esoteric undertone of the great sacrifice?

The meaning of Karbala and the great sacrifice has more meaning than we normally derive. The lessons that the great tragedy has blessed us with echo far beyond than human suffering. Some of those lessons are there for us to learn from, and evolve beyond our usual lives. While there is no limit to how deep the tragedy goes, there certainly some prime lessons that we can learn from, some of which are given below.

Standing against the Injustice

Hussain (A.S.) resonates more with those who stand against injustice, regardless of their religions. We find many occasions of steadfast Muslims (and in some cases, Non-Muslims) who stand against the atrocious and sometimes, overwhelming forces. We can learn a lesson or two from our Kashmiri and Palestinian brothers and sisters about the true meaning of Karbala.

In the holy ground, when the Grandson of Holy Prophet (S.A.W) stood against the Yazidi army, all parched and famished, He (A.S) has but one stance, and that was to never bow before injustice. In the life, He (A.S.) taught us how to stand, and after his martyrdom, Hussain Ibn-e-Ali (A.S.) taught us that true victory doesn’t come with force. Everyone remembers Yazid, but not in the good way. And everyone mourns for Imam Hussain (A.S). His (A.S.) name lives on. As long as you stand for God, and for what’s right, your sacrifice will become victory.

Be Brave and Have Faith in Allah

Bibi Zainab (A.S.) had lost everything. She had lost her father, and then her brother to the great tragedy. Her entire family was slaughtered mercilessly, and amidst all, she stood like a warrior, facing everything on her own.

Her tongue had Allah’s name, and her heart bore great patience. She never lost her way, and it was her unwavering attitude, and her stand against Yazidi oppression that woke up the conscious of many Muslims, who then defied Yazid and other corrupt rulers, and led a revolution. 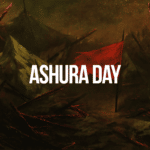