Bill gates had visited Pakistan in February. He was very impressed with the way Pakistan has fought against the pandemic. He was also awarded Hilal-e-Pakistan in recognition of his services for the eradication of polio. Now, he desires to strengthen relations with Pakistan on shared interests.

His foundation Bill & Melinda Gates Foundation has been fighting for twenty years against inequity and poverty. “Our mission is to create a world where every person lives a healthy, productive life.” The Foundation works with businesses, government, and nonprofit organizations. They intend to make a meaningful difference with their influence and investments.

Pakistan Polio Eradication Programme has been working since 1994 to end poliovirus. The program has implemented vaccination campaigns to reach all children under the age of across Pakistan. The frontline health workers go door to door to vaccinate children. The program also keeps “sensitive surveillance, detection, and response activities to track and limit virus transmission across the country.” The 2022 campaign known as the First National Immunization Days (NIDs) has successfully reached over 43 million under-five children with polio vaccines. The repetitive polio vaccination campaigns help in immunity building in children and prevent lifelong paralysis or death.

He had visited Pakistan in February, where he had meetings with the President and Prime Minister separately. He also visited the National Command and Operation Centre (now defunct) and appreciated its role in fighting the pandemic.

A letter to President

He wrote a letter to President Dr. Arif Alvi to share his interests. The letter said, “Mr. President, I look forward to a deepening partnership between the Government of Pakistan and our foundation to tackle these and other issues of shared interest. I hope we can speak again soon.” He praised the president’s commitment to protecting the health and wellbeing of every child in Pakistan.

He said that he would like “to discuss the challenges of crucial importance such as stunting, malnutrition, access to family planning services and social protection programmes.” He also added, “continued engagement on polio would go a long way to accelerating Pakistan’s continued progress in eradicating the disease.” He praised Pakistan has made progress in the fight against poliovirus with no case for over a year. He has also shown interest in working for the social uplift of the people of Pakistan.

Such collaborations will help Pakistan in fighting the poverty and issues that have burdened the economy. 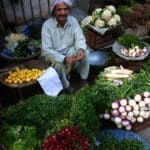