Pakistan has been trying to eradicate polio for decades, but because of a conservative mindset, the programme faces challenges. Last week, Bill gates came on a one-day visit to talk about the eradication of polio. Pakistan and Afghanistan are the only countries left in South Asia to make the region polio-free. For this reason, the polio campaign across the country has resumed. Say yes to the vaccine, and ‘No to Polio’.

In Pakistan, they have halted the campaign because of vaccine boycotts. It usually witnessed this in less developed areas where they see vaccination as a hoax or a conspiracy theory. If such was the case, the world wouldn’t have eradicated infectious diseases through vaccines. They need awareness campaigns to educate the masses and make sure they get the right message to protect their children from lifelong disabilities.

A whole website is dedicated to eradicating polio from Pakistan. Pakistan has 260,000 polio vaccinators, which is the largest ‘surveillance network in the world’. It also shows the commitment and seriousness of the government to end polio.

Dr. Faisal Sultan, special assistant on health to the Prime Minister, said that the government was trying to gain the citizen’s trust and increase citizens’ sense of ownership as well. He stated, “When the ordinary citizen sees that it’s not just for polio vaccination that somebody is knocking on their door, but they are empowered through an intervention of the government, that indirectly works out into building that trust and having that confidence.”

It was decided that they would lead the campaign across the country. It will also include health camps that will offer communities free routine vaccinations, nutrition services, and referrals to health facilities.

A 5-day campaign in KPK has targeted one million children. Coordinator for polio eradication at the Emergency Operations Centre of KPK Abdul Basit said that ‘they will provide the drops to over one million children aged up to five to eradicate the crippling virus.’ 5700 mobile teams under the supervision of the health department will oversee the campaign in six districts. The anti-polio teams will be deployed to railway stations, bus stops, and other public places.

The continuous efforts by the government have helped to curb the disease. 2021 witnessed just 1 case, which is great as compared to 2020, where there were 84 cases.

We hope that the disease ends once for all. The people should also cooperate with the government as it goes both ways. 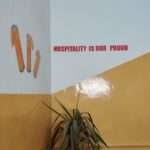 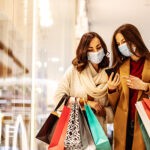