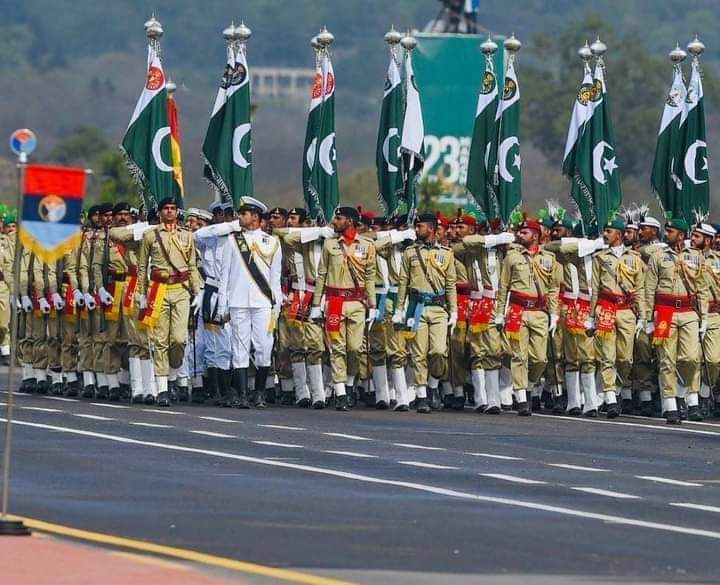 23rd March 1940 was the day when the demand for a separate homeland was officiated at the Minto Park Lahore. This event changed the course of the Subcontinent’s history and left deep marks on world history. Mass Migration took place in history, with about 200 million people crossing the borders. Quaid e Azam realized that despite the efforts, Hindus and Muslims cannot live together once the British leave the subcontinent. Pakistan Day Parade is held to commemorate the Pakistan Resolution day and the constitution of 1956.

If we take history into account, Quaid was known as an ambassador of Hindu Muslim Unity, but the policies adopted by the then establishment showed discrimination towards Muslims. As Muslims were in minority, there were high chances of marginalization and being isolated in the long run. Quaid was very disappointed with this.

In his historical speech on 23rd March in Lahore, he sent the message clearly, “Hindus and the Muslims belong to two different religious philosophies, social customs, and literature. They neither inter-marry nor inter-dine together, and they belong to two different civilizations that are based mainly on conflicting ideas and conceptions. Their concepts of life and of life are different. It is quite clear that Hindus and Muslims derive their inspiration from different sources of history. They have different epics, different heroes, and different episodes. Very often, the hero of one is a foe of the other, and likewise, their victories and defeats overlap. To yoke together two such nations under a single state, one as a numerical minority and the other as a majority must lead to growing discontent and final destruction of any fabric that may be so built up for the government of such a state. Mussalmans are a nation according to any definition of nationhood. We wish our people to develop to the fullest spiritual, cultural, economic, social and political life in a way that we think best and in consonance with our ideals and according to the genius of our people.”

A.K. Fazul Haq, who was the Chief Minister of Bengal, moved the historical Lahore Resolution. Chaudhary Khaliq uz Zaman from UP, Maulana Zafar Ali Khan from Punjab, Sardar Aurangzeb from the N. W. F. P, Sir Abdullah Haroon from Sindh, and Qazi Muhammad Esa from Baluchistan endorsed the resolution. Initially, the word Pakistan was not included in the resolution. Later on, the Hindu newspapers, which started calling it Pakistan Resolution, picked this event.

Pakistan Day celebrated across the world

Pakistan Day was celebrated across the world, where different buildings were hoisting the Pakistani Flag and showing the colors of Pakistan.

Pakistan day Parade: History behind it

The first thing that we anxiously wait for on Pakistan Day is the Parade. It was first held on 23rd March 1956. It is to commemorate the Lahore Resolution and the first constitution, adopted in 1956. The Pakistan military inter-services show their power and capabilities.

This year it was special as the Members of OIC were amongst the distinguished guests. Foreign Military groups from Azerbaijan, Bahrain, the Kingdom of Saudi Arabia, Turkey, and Uzbekistan also took part in the parade.

Participants of the Parade

The lady officers from Gilgit-Baltistan made the headlines. We are proud of them for serving their country. 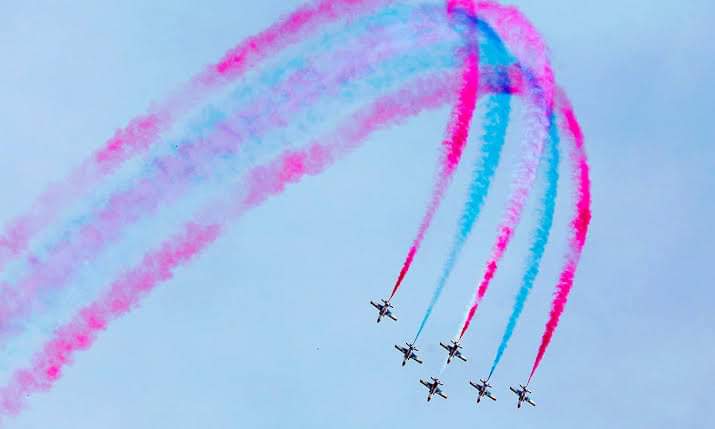 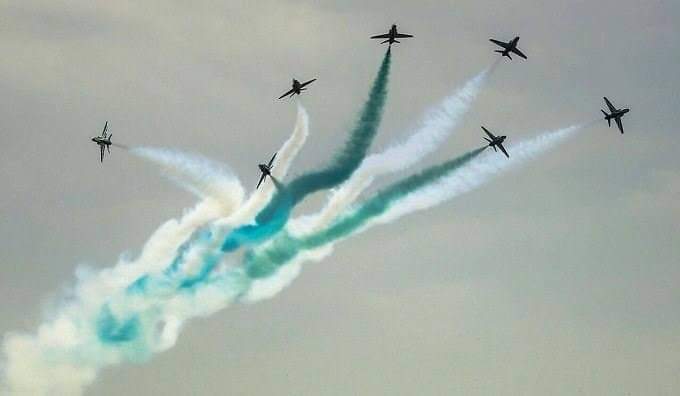 The display of the weaponry, including radars, guns, and missiles, and fly past by the helicopters of the Army, Airforce, and navy added to the parade.

The cultural floats started with the OIC float. The five decorated columns depicted the five pillars of Islam and the word Allah. It also had flags of all OIC member countries. The following floats from Punjab, Sindh, Balochistan, Kashmir, KPK, and Gilgit Baltistan showed the diversity of Pakistan from Khyber to Karachi.

Pakistani love to entertain whatever the situation may be. People have shared some interesting memes on social media. We will share a few with you.

My childhood memories when I saw a plane flying 😂❤️ pic.twitter.com/TsSzwIgBOi 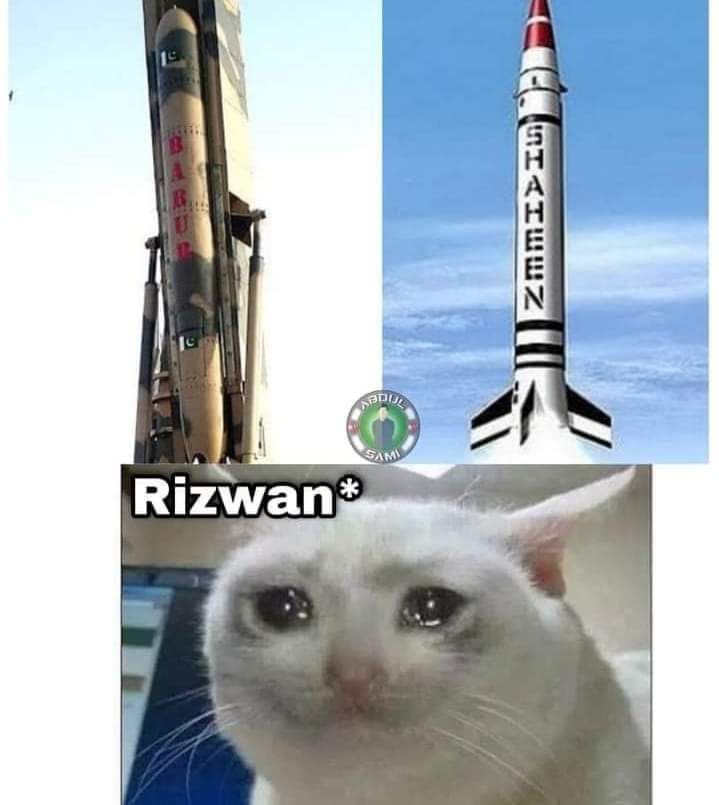 President Dr. Arif Alvi conferring the award of Hilal-i-Imtiaz on Mr. Rohail Hayat in recognition of his services for telling women how to act during periods. pic.twitter.com/YlLmzdNhXj

Here we are just wondering whose attention Mr. President is trying to grab. 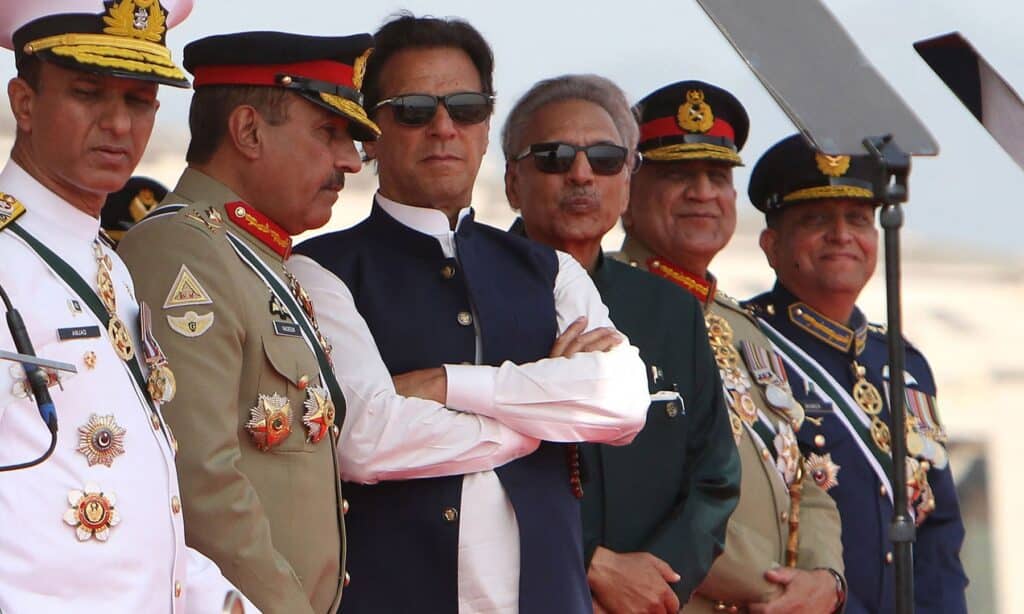 We hope you had fun watching the Parade. Let’s not forget what this Day means to us. We should promise and make sure that we make Pakistan a better place. 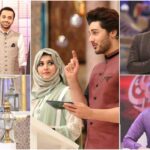 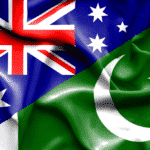