Ever since I joined my new workplace, I have realized that people here are somewhat of Apple critics. Keeping in mind that I have always dreamt of having all of the latest Apple products, and now that I have finally been able to achieve that dream with my blood, sweat, and tears (literally), it comes as no shock that I would want to defend Apple.

And in only one week, I have come to the realization that my colleagues’ reasons for hating the iOS devices are mainly bizarre. Still, to appease them, considering that they are my superiors, I decided to write an article on the common reasons why an ordinary person does not like Apple. Here is a list of reasons why I think a person would not like Apple products but:

However, Apple today announced its new repair certification program. This is for the most avid of all Apple’s users because it allows them to repair iPhone displays, batteries, and Cameras at home. For now, this is mainly for the M1 chips MacBook’s and iPhone 12 and 13. What’s more to come from Apple, who knows but their products bring out a certain flair and sophistication. 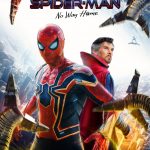 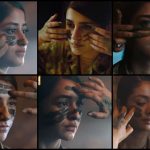