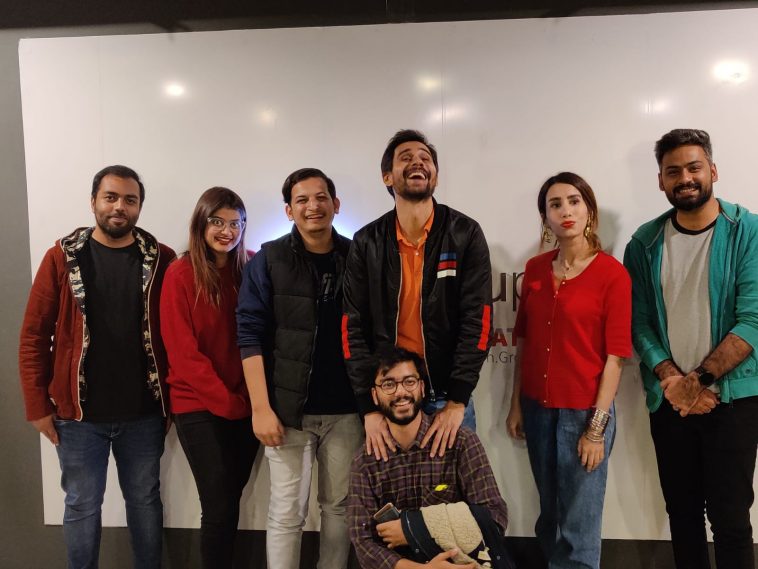 The location was great, National Incubation Centre, but was more for those young teenagers, perhaps. They like raat ka Andhera – as Ali Abdullah put it. The man is great and keeps the audience entertained with his humor. Unke abba jahaaz uraatay thay or ye mazaak uratay hain. I mean, his father was a pilot. Obviously.

The second performance started with Akbar Chaudhary and Miss. Farwa Shakeel made a guest appearance. Akbar was about to begin his execution when Farwa started spanking her bean bag. I know! When he turned around, Akbar had the same expression and saw Farwa making sure that her seat was comfortable enough for her to sit on. And while this was happening, the CPO of Neemopani, who was sitting next to me, said, ‘Doesn’t Akbar talk like Ali?’ 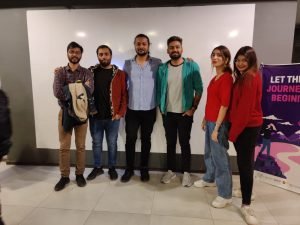 And that is how the performance started. Akbar with his peculiar style dissed in the fact that the chosen venue had long empty dark streets along the route and couples who would’ve ideally been there were missing due to these dark ‘alleys’, iykwim. However, team Neemopani did not hold back and kept on giving the comedians the fantastic kind of content they could play with, because it was crowd sourced comedy. Akbar proceeded to roast the utterly reknowned elitism of Islamabad, where one person labelled I8 as the wanna be F6 of the new Islamabad. In the end, Neemopani is the best aspiring content creation studio.

Akbar Chaudhary was amazing, and I was just about to declare him the love of my life when he announced Tabish Hashmi. And then, I sat there in the front row seat, my legs crossed like a scissor. Tabish did that too when he was giving his Army exam; true love, no? 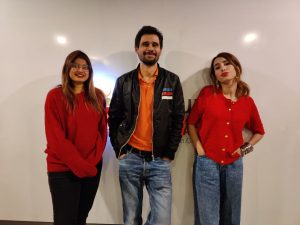 But man, really, Tabish Hashmi was phenomenal! His wit, his charm, and his beghairiti. His words, not mine, kept the audience laughing all the time. At one point, my jaws were hurting so bad from laughing that I was scared they would pop out and Karachi ki Kisi nali main ghoom rahay hoon gay. Didn’t get the joke, right? You would have had you been to the standup comedy.

The best performer from the audience was our very own Farwa, but there were others as well. This lovely uncle provided services. Yes, he did! Diplomatic services. This adorable couple with 15 years of marriage sat apart from each other and clapped sadly on all the marriage jokes. There was also a designer who designed everything but clothes because “kapray desigen kon karta hai???”

The show went on for two and a half hours, and we all wished for it to last longer. Islamabad stayed up till past 10, guys! But jokes apart, we hope to see a lot more of such events happening in Islamabad so that we take Farwa along and make Neemopani proud! We hope to bring forth more of such talent as well. 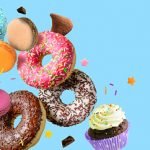 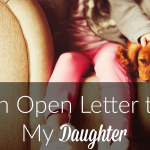