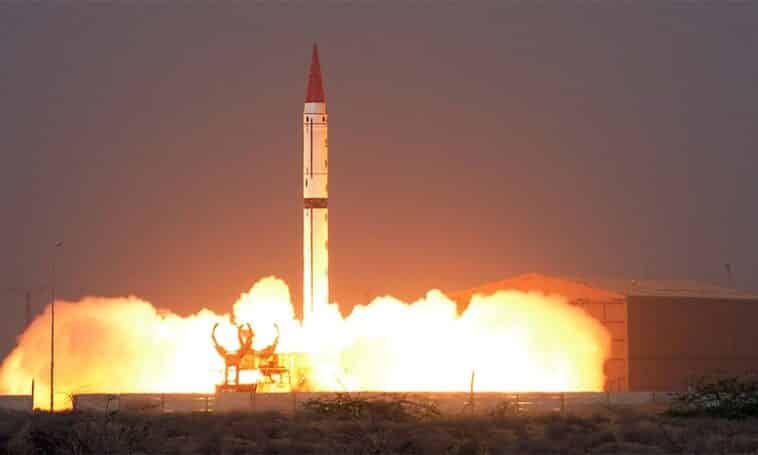 With the ongoing turmoil and unstable South Asia, Pakistan always needs to keep the upgraded weaponry in its stock. It has successfully conducted the test of the surface-to-surface ballistic missile Shaheen-III. A successful test of the same missile was conducted in January 2021. It has a range of 2,750 km, meaning it can reach up to the farthest point in India’s northeast and Andaman and the Nicobar Islands. According to ISPR, “The test flight was aimed at the re-validating various design and technical parameters of the weapon system.”

The development began in the early 2000s in response to Agni III. In 2025, it was successfully tested. It had a range of 2750 km and had the capability of reaching into Middle Eastern parts of North Africa. According to the former DG SPD, “This missile reaches Indian islands so that India cannot use them as strategic bases to establish a second-strike capability.”

It is made of the solid-fuel system as compared to the Ghauri program which is primarily based on the liquid-fuel system. It surpasses the range of Shaheen-II, so far the longest-range missile to be launched by the military. It is solid-fuelled and equipped with Post-Separation Altitude Correction (PSAC) system. It suited the Solid fuel for rapid response capabilities, while the PSAC feature provides it the ability to adjust the warhead trajectory for greater accuracy and evading anti-ballistic missile defence systems. It has a range of 2,750 Km which means it can reach the farthest point in India’s northeast, Andaman, and the Nicobar Islands.

According to the nuclear and military strategists, “Shaheen-III has a range greater than that of any other missile system in-service with Pakistan. Earlier testings of Shaheen-III had the maximum range of about 2,500km, which meant it can reach all parts of India, even the northeastern and eastern frontier.”

Mansoor Ahmad, a faculty member of Strategic studies at the Quaid-i-Azam University, said, “Pakistan’s military, however, is not interested in a “tit-for-tat” arms race with India,” and speculated that developmental work may be under progress to make missile capable of delivering multiple warheads which would make them harder to defend against. Pakistan would later test the Ababeel missile with this capability.

According to Dr. Farrukh Saleem, a political scientist, “Pakistan seems to aim at competing with India, and Pakistan’s aims seem to revolve around the creation of credible deterrence, and a credible deterrence is bound to strengthen strategic stability. 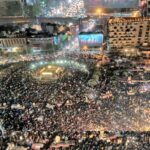 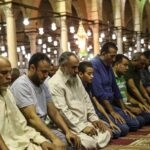