KPK is having elections for the posts of City Mayor (for each city) and Tehsil Chairmen (for each tehsil) after a gap of six years. This is the first time after the Tribal Areas merger with the province. The local elections would be in two phases. This marked the first phase.

The Local Government Act has been approved by the cabinet and it covers all issues including power, funds, and jurisdiction of the local government. Under the Act, the local government representatives would be able to voice their concerns in the local education and health sectors. The ECP has issued a schedule for the delimitation of constituencies and wards. The final list of constituencies will be published by the 3rd of Feb 2022.

The main aim is to empower local bodies which can, in turn, help the government for sustainable local democracy. This can help in the development of leadership at the grass-root level. If the system is successful, it can identify the people with potential. Punjab would be holding its local bodies election in early 2022.

As all elections carry hope for the voter, there are a lot of expectations this time. PTI, the leading party in the province had made promises to the voters to work better this time. Have they been able to fulfill this promise? Results of this election will tell the tale. It doesn’t seem to happen this time.

There have been some incidents of violence that have claimed five lives and some polling stations were destroyed as well. In Kohat, the federal Minister for Science and Information Technology Shibli Faraz was attacked. In Bajaur’s Mamund tehsil, there was a suicide attack on a vehicle taking voters to a polling station. The ECP had to postpone elections in Bakakhel tehsil of the Bannu district. Some unidentified men on the abducted staff of five polling stations along with election material. In Khyber district, polling was suspended in the remote Bazaar-Zakhakhel locality after a rocket exploded near a polling station. 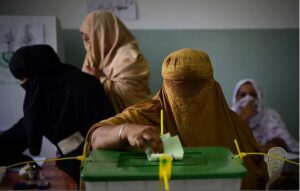 In Bannu, JUI-F candidate Irfanullah Durrani has emerged victorious with 37,458  votes. For the Mardan city mayor election, the Awami National Party’s (ANP) Himayat Ullah Mayar has emerged as victor. The JUI-F’s Sher Zaman has won the mayor city council seat in Kohat. In Nowshera, ANP’s candidate Ghayyur Ali Khan has won the election. PTI has managed to win four out of six tehsils of Buner district. JUI-F has extended its lead in all three tehsils of Charsadda. The Tehreek-e-Islah Pakistan has taken a lead in District Khyber while the PTI’s Ataullah Khan has been elected chairman tehsil council in District Swabi. JUI-F candidates are also leading in District Mardan’s Takht Bai Tehsil, Katlang Tehsil and Rustam Tehsil. ANP is leading in Mardan’s Tehsil Garhi Kapura.

As the results keep coming in, we hope that the candidates selected will live up to the public’s expectations. They will try to bridge the gap between the public and the local council. The grievances will be dealt with. The public can trust and voice their concerns. As per the aim of the Local Government Act, let’s hope that the local bodies are able to voice the ownership of decisions to people. There should be an improvement in governance at the grassroots levels. 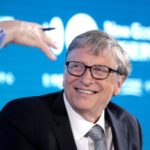 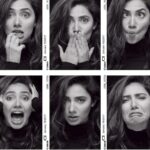