(Note: This is a satirical article about Google. Some of the facts might have been made up!)

To understand the decision, we have to go back to the beginning. This is the tale of the dark ages when mankind suffered from the loss of information and didn’t have enough resources to prove their peers wrong. Internet Explorer already existed by then. However, mankind and womankind would suffer from insanely long loading times. The times were simpler, and the people were brave enough to not hide behind comments and shares!

Then, two of the greatest minds gathered to unleash something upon humankind, one of the mightiest calamities. Now, the weasels of the people on the internet would now have somewhere to settle their arguments and bitch about their issues all day long! Wait… I started telling you about Facebook…

So Google was released in 1996 to vanquish mankind’s woes, and that meant putting an end to all those dinner table arguments about random made-up facts that only got worse. Now, you could just search it up and prove them wrong. Of course, that is if they were kind enough to listen!

And so humanity progressed. But one thing remained the same, marking the stagnation of our evolution. It was Google’s logo. They say (by they, I mean the nerds from the oxford university…) that all the colors in the universe are made up of three colors. Blue, Red, and Yellow. Google represented the pinnacle of creation, and since it descended from the heavens below, it came bearing the colors red, yellow, and…green. Little do you know that there were three Internet clans that governed the internet. What you don’t know is that behind the creation of the logo of Google, there were three clans of the internet. They were Clan Red, Clan Yellow, and Clan Blue. However, Clan Blue was taken over by the children of Clan Red and Yellow, who assumed a new identity under the name of Clan Green. Now there were three overlords fighting for dominion over the internet.

The Clan Red, the Clan Yellow, and the Clan Green! They collided and wanted to take over the internet. However, the wise counsel of Google decided to create this search engine and put an end to the feud.

As time passed, these clans managed to keep their turmoil in check. These clans were governed by their robot overlords, and if you look at the 2008 logo, you will see the robotic touch. As time passed, the robotic overlords became too much to bear for the humans and in 2011, the humans replaced these robots and gained a new system of governance. The logo of Google changed to remove the robotic parts and instead show the human side. Soon, humanity made technology its slave. And as time passed, humanity’s grip on technology only became stronger to the point of being addicted to it.

It wasn’t until 2014 when Clan Red tried to overpower the other two clans with its might. However, very soon the other two clans got hold of their governments, and the bloodthirsty feud was once more put to the rest. The logo was marked with a shadow under the red, representing the shame that this clan had brought.

It is said that the clans are once more at odds, and the council of Google changed its logo to keep them under control. By brightening the colors, and changing the color proportions, the wise council is trying to depict that the clans are equal in their contributions to the internet. However, the strife grows, and there is also the talk of those robotic overlords returning! 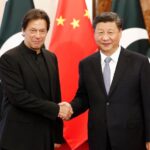 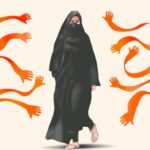