Note: This is a spoof article and some of the facts are made up.

James Faulkner! The name that is storming the internet nowadays. And why wouldn’t it be?! When it comes to murdering chandeliers or throwing bats and tantrums, no player can match the charm of this Australian douche! And he wasn’t even too demanding. We will never know why PCB didn’t accept his completely reasonable demands of paying him twice the amount in comparison to the other players when it makes perfect sense.

However, there is a lot of information that you don’t know. Why did Faulkner act like a baby who got angry at having a fair amount of candy, or why did he throw his bat at the exact angle that ended up murdering an expensive chandelier of the hotel? There are many things to analyze here and to get to them, you will have to look at things from the Australian cricketer’s perspective. Don’t do it for too long though or you will end up throwing bats around your house!

So where should we start? Oh yes! Let’s go back to when Faulkner was nothing but a small baby. Legends tell that he shot out of the womb by hurling his arms in a batlike manner. The doctors realized that the boy would be a cricket prodigy who would have a knack for throwing a bat at whatever life throws at him. Of course, whatever those nerds in white lab coats talked about, Faulkner couldn’t hear because he was just a baby. So this cricket prodigy grew up without knowing that beating the shit out of balls using a wooden plank was his natural calling.

Three years passed and the Australian cricketer was put into a school. When Falkner met with the first resistance of his life that came in the form of a tough exam question, he gave in to his natural instincts and hurled the paper that he had crawled into a ball across the room. The hit was on the spot, as it landed on the head of the fat teacher who cursed a lot. There was a wave of joy that spread among the nursery kids, and Faulkner realized that he had a natural calling. Of course, five hours of detention and a very warm welcome from his parents made him forget it once more.

It took another ten years for the prodigy of throwing bats to realize that he had a natural calling. That fateful day would come when Faulkner would be ten years old. It was an afternoon when the sun had retired behind the clouds. Faulkner was purchasing stuff from the market when he saw a woman getting robbed. Faulkner saw the woman running after the attacker and he chased them both. When opportunity sprang up in his heart, he raised a wooden plank lying nearby and threw it at the target. That day, the police appreciated Faulkner for stopping the criminal and then charged him with assault since his bat struck both the woman and the perpetrator.

But Faulkner had found his calling. He joined the proper team and started playing domestic cricket for Tasmania. He became known as an aggressive batter who used to beat the crap out of any ball thrown at him. Then, he became a prominent member of the vicious Australian Squad at the 2015 World Cup. It wasn’t long before the bat thrower became involved in PCB and then became a member of Quetta Gladiators. And only recently, he was charged for assault or throwing a bat at the chandelier who died shortly after being taken to ICU for inanimate objects. The chandelier had a hopeful future but Faulkner took that away from him. But that is the story for another time! To avoid the charges, Faulkner ended up paying life insurance of that object but it won’t bring the chandelier back.

Now you know everything about this man, what are your thoughts. As for us, we have only one thing to tell Faulkner, 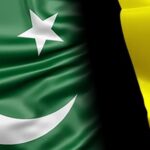 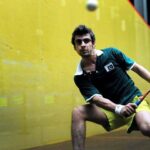