Just as war and racism deteriorate the societal and global construct, likewise, religious extremism is harmful to the human fabric. Post 9/11, the Muslims have suffered in the name of Islamophobia. Many countries have provoked the Muslim’s emotion by banning hijab or by making derogatory cartoons of the Prophet (P.B.U.H) in the name of freedom of speech. It has already “led to negative profiling, mob lynching by cow vigilantes, discriminatory laws, attacks on women wearing hijab, ban on minarets, and attempts to link and equate Islam with terrorism.” It has trickled down to the schools as well, where the Muslim students have been targeted and made fun of. Imran Khan has been very vocal about interfaith harmony and religious peace and has raised concerns to curb this malice. The UN, rather than turning deaf ears to it this time, put it to the resolution tabled by Imran Khan, which is commendable.

All religions spread peace and work on the principle of humanity. The world is already going through a lot of unrest. If religions are to be targeted, humanity will take its leave and we might not live together. What binds us is compassion, kindness, which are needed the most at the moment.

All major religious traditions carry the same message, that is love, compassion, and forgiveness. The important thing is they should be part of our daily lives-Dalai Lama

UN has declared 15th March as the International day against Islamophobia. It aims at “promoting a culture of tolerance and peace globally.” According to the resolution, it “strongly deplores all acts of violence against persons based on their religion or belief and such acts directed against their places of worship, as well as all attacks on and in religious places, sites, and shrines that violate international law.”

Pakistan is to be credited to table this resolution in 2020 at the eve of the 47th session of foreign ministers of the nations forming the Organisation of Islamic Cooperation (OIC) Council, held in Niamey, Niger. 57 members have been working together to get this resolution passed.

PM Imran Khan has been highlighting the rise in Islamophobia in the West, urging the international community at all the forums and platforms to come forward and join hands against Islamophobia for world peace. He has asked the world leaders to “act collectively to counter growing phenomenon in non-Muslim states.”

Today UN has finally recognised the grave challenge confronting the world: of Islamophobia, respect for religious symbols & practices & of curtailing systematic hate speech & discrimination against Muslims. Next challenge is to ensure implementation of this landmark resolution.

Ambassador Munir Akram, the permanent representative of Pakistan, told the 193-member Assembly, said “Islamophobia is a reality.” He said that the phenomenon was growing and must be addressed. He also added that PM Imran has been vocal about Islamophobia since 2019. And has always called for international attention and efforts to address it.

He also said, “Islamophobia’s manifestations–hate speech, discrimination, and violence against Muslims–are proliferating in several parts of the world. Such acts of discrimination, hostility, and violence towards Muslim individuals and communities make up grave violations of their human rights and violate their freedom of religion and belief; they also cause great anguish within the Islamic world.”

He also shared some of his concerns in the address, which are:

Muslims have been in fear since 9/11, he said on the account, “Since 9/11 terrorist attacks, institutional suspicion and fear of Muslims and those perceived to be Muslim has escalated to epidemic proportions. Muslims often feel stigma, negative stereotyping and shame, and a sense that they are suspect communities’ that are being forced to bear collective responsibility for the actions of a small minority. The spread of Islamophobia, both in terms of the phenomenon’s momentum and outreach, is alarming these days, for it has emerged as a new form of racism characterized by xenophobia, negative profiling, and stereotyping of Muslims.”

He said, “The rise in hate crimes against Muslims both offline and online, as well as discrimination in education, citizenship, immigration, employment, housing, and healthcare sector, among others are well documented.”

Muslim women have been targeted for their dress and hijab. Recently, India has banned Hijab from school, which shows the extreme form of Islamophobia taking away the basic right of freedom. Ambassador Akram said, “The gender aspect of Islamophobia is also gaining prominence, with girls and women being targeted because of the mode of their dress and the general notion that Muslim women are oppressed and thus must be ‘liberated’.”

Akram said, “Islamophobia continues to find strong resonance in political spheres, ultimately leading to the institutionalization of Islamophobia through new legislation and policies such as discriminatory travel bans and visa restrictions”.

He said that ‘in some countries, anti-immigration and anti-refugee rhetoric had taken an anti-Muslim overtone and had often become the central theme of political campaigns.’

Muslims have been negatively stereotyped in media, which spreads fear. He commented on the role of media, “Various academic studies have revealed that Islamophobia is most visible in the media and in the discourse of far-right groups and political parties and groups, who exploit and build on the general fear of Islam for electoral gains.”

He voiced his grave concern that several media outlets continued to propagate fear and negative stereotypes against Islam and Muslims, notably by acting as a platform for the widespread dissemination of anti-Muslim rhetoric.

Islamophobia has been misunderstood, which has led to the extreme consequences that we are facing today. Ambassador said, “Despite its pervasive impacts, Islamophobia remains poorly understood. It is essential to promote greater information of these phenomena and promote solutions through greater understanding and full respect for human rights and fundamental freedoms.”

It is the collective responsibility of world leaders to work together for world peace rather than segregating and discriminating against each other.

An individual has not started living until he can rise above the narrow confines of his individualistic concerns to the broader concerns of all humanity-Martin Luther King, Jr. 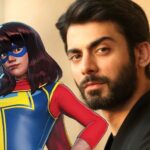 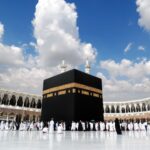