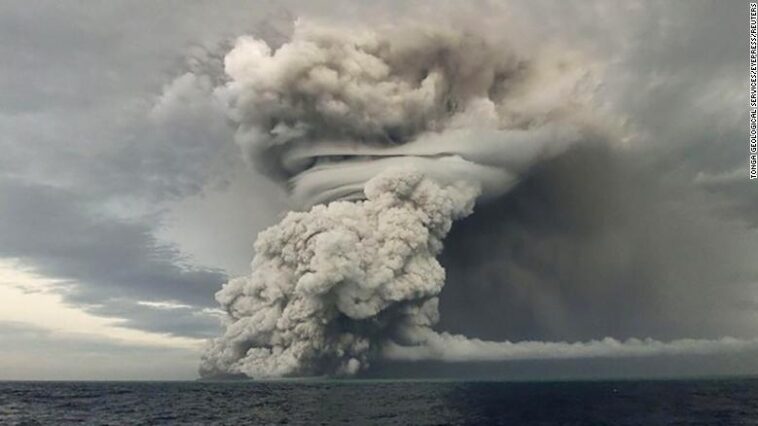 Earthquakes have changed the geographical settings. Tonga is a Polynesian country including 169 islands located in the pacific ocean. It has New Zealand and Fiji as its neighbor. The Hunga-Tonga-Hunga-Ha’apai volcano in the Pacific Ocean erupted on 14th and 15th January causing Tsunami. There is a chance of other eruptions after that causing destruction. An alert has been issued to keep people safe.

The intensity of the Tsunami is such that hasn’t been recorded in the last 30 years. This is quite dangerous. According to the images taken from space, the huge clouds of smoke, ashes were sent up to 20 kilometers. The crashing waves were felt across the whole pacific. These waves were also felt across the US west coast, Hawaii, New Zealand, Peru, and Japan, which shows the extent of the tsunami.

A first, rough estimate of #tsunami wave heights between #Tonga and #Australia.

This simulation might be an underestimation (1km resolution, unclear source mechanism -> volcano collapse/landslide, 2km³)
It can not adequately reflect complex wave patterns near the coasts. pic.twitter.com/6FWl3fob1d

The said volcano Hunga-Tonga-Hunga-Ha’apai volcano is 30 km far away from Tonga. The volcano had started throwing ashes in December but finally erupted on 14th January. It erupted again on 15th January, causing shock waves across the world. So far, boats across the coasts, property, and telecommunication have been damaged. Few casualties have also been recorded. Tsunami warnings have been issued by New Zealand, Canada British Columbia, and Japan.
Emergency has been declared, and there is an appeal for aid. Australia and New Zealand are preparing ships to dispatch necessary aid. There has been a warning against drinking water in Tonga as it would contain harmful chemicals due to the ashes dropping back from the skies. Professor Shane Cronin, from the School of Environment at the University of Auckland, said, “The eruption is likely to result in significant ashfall (up to 10 centimeters) in Tongatapu as well as the Ha’apai group of islands. Help will be needed to restore drinking water supplies. People of Tonga must also remain vigilant for further eruptions and especially tsunami with short notice and should avoid low-lying areas.”

There is still uncertainty about the aftershocks, or what comes after that. The scientists are still looking for the intensity of the damage. University of Auckland volcanologist Shane Cronin, said “this is one of the massive explosions the volcano is capable of producing roughly every thousand years. We could be in for several weeks or even years of major volcanic unrest.”

Our prayers are with the people of Tonga and nearby areas. We hope that there are no damages and the volcanic eruptions stop soon. Stay safe. 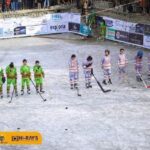 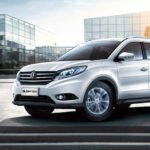