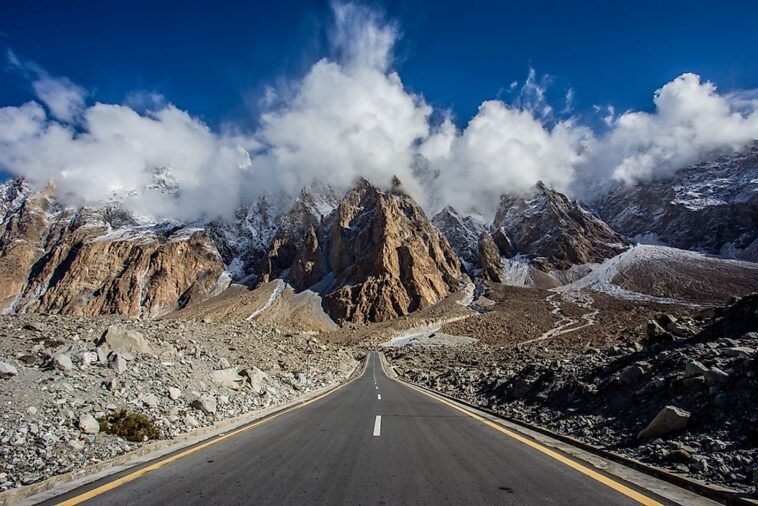 Recently the Minister of Information and Technology, Fawad Chaudhry, took to Twitter and announced the release of a telefilm – Where Men and Mountains Meet. This is a film on the construction of the Karakoram Highway and the tribute to the lives lost. The structure of the highway has been a challenging task. The proverb, ‘A life lost every Kilometer of the road,’ often describes the Karakoram Highway.

This highway is stretched to a total of 1300 KM, is often described as the 8th wonder of the world. The Karakoram Highway is an example of the Pak-China Friendship, which is why it is called the Friendship Highway at times.

In the documentary, released by ISPR on PTV on 1st January, we hear from the words of the people who played an important role in the completion of the project. In 1965 when America imposed an embargo on Pakistan, it was China who came to help. They used to send us goods by airlifting them because there were no roads for transportation. The idea for the Karakoram Highway was discussed with China, and experts from Russia were called in for inspection. Those scientists, after checking the terrain said in a sarcastic tone, ‘Let the Pakistanis do it,’ because they believed that it could not be done.

The project was given to Pakistan Army and FWO because the project of this magnitude could only be undertaken by these two organizations. It is mainly because the terrain is an area, where civilians (people without territory training) cannot work. It is an extremely difficult area to work on, and especially to build a highway spread across 1300km.

The brave heroes who took part in the construction of this highway had to go through a lot of challenges. For instance, there were a few people who had to cut their hands because, in the freezing temperature, the stones they touched would get stuck to their palms. They had no option but to amputate or cut away the skin from those hands.

In the documentary, we also see a tribute to the people of nearby areas – Gilgit and Hunza. The people residing there were very cooperative, and understanding. All of them tried their best to help and facilitate in any way that they could. This project also provided jobs to a lot of people, especially from the area. The men of the family signed up as the labor force and when they saw the money that they were earning, and the changes in their lifestyle, they realized the benefits of the highway.

In the Chinese army, they wear no badges of ranks, and so they told the Pakistan army as well to follow this suit. It was then that our brave Majors decided that this was the best course of action because it boosted the morale of all the workers. They were all living together, and working together on the project, and everyone was putting in their best; thus, they were all equals.

Almost 800 people have lost their lives in the construction of the road, out of which 692 were Pakistani and 108 were Chinese. The following is a list of people who played an active role in FWO for the completion of this project:

All the people who were a part of this project went beyond their duty. They did what was required of them, and those who were not. A lot of people, those who were laborer’s as well, achieved martyrdom. In the end, while working on this project, in the circumstances and the environment, with the unpredictable weather, there were only two things that could have saved those people; dua and tauba.

The significance of the project is not limited to only Pakistan, but also China. And what’s more is that now with the success of this – this expenditure can be extended further to more countries as well. In the words of Liu Jian – the Chinese ambassador, this project has helped bridge the gap between the two countries.

This highway touches almost all the peaks, including those in Gilgit-Baltistan, Kashmir, and several in Xinjiang, China. In the end, we want to thank all the people who lost their lives in the construction of this beautiful highway and commend the efforts of ISPR to make us remember this wonder through this beautiful documentary. 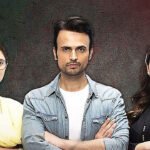 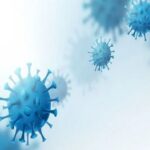