History was rewritten at the Dubai International Cricket Stadium on Sunday, October 24 as Pakistan beat India by 10 wickets in the ICC Men’s T20 World Cup 2021 to register their first win over India in World Cup history.

The two teams first met in 1952, when Pakistan toured India for a five-match Test series. The hosts won the series 2-1. Since then, both countries have engaged in several Test, ODI, and T20I matches.

However, due to the political tensions and multiple wars between the two nations, over the years, cricket suffered as both sides were ordered to abandon any cricketing ties with each other.

India and Pakistan have locked horns on 200 occasions on the international level to date with Pakistan having a better head-to-head record over India in Tests and ODIs.

India vs Pak Head to Head in Cricket

India vs Pakistan in Tests

Highest team total in a Test inning: Pakistan scored 699/5 against India in the third Test at Lahore in 1989/90.

Lowest team total in a Test inning: Pakistan bowled India out for 106 in the second Test at Lucknow in 1952/53.

Highest individual score in Tests: India opener Virender Sehwag scored 309 against Pakistan in the first Test at Multan in 2004.

Best bowling figures in Tests: India’s Anil Kumble picked up 10/74 against Pakistan in the second innings of the second Test at Feroz Shah Kotla in Delhi in 1999.

India vs Pakistan in ODIs

Lowest team total in ODIs: Pakistan bowled India out for 79 in the second ODI at Sialkot in 1978/79.

Highest individual score in ODIs: Pakistan opener Saeed Anwar scored 194 against India in the sixth ODI of the Independence Cup at Chennai in 1997.

Best bowling figures in ODIs: Aaqib Javed of Pakistan picked up 7/37 against India in the final of the Wills Trophy at Sharjah in 1991.

Best Film From The Subcontinent – Joyland Bags Another Award At IFFM

India vs Pakistan in T20Is

India and Pakistan created history by becoming the first two countries to reach the final of the inaugural ICC World T20 event in South Africa in 2007. The two sides also engaged in a bowl-out during a group stage match at the mega event in Durban.

Lowest team total in T20Is: India bowled Pakistan out for 83 in the fourth T20I at Dhaka during the Asia Cup in 2016.

Best bowling figures in T20Is: Pakistan’s Mohammad Asif picked up 4/18 against India in the 10th match of the 2007 T20 World Cup at Durban. 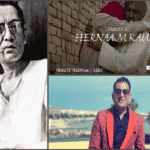 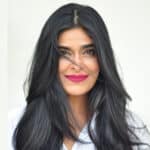