NASA (The National Aeronautics and Space Administration) is an independent US government agency tasked to carry out a civilian space program. The agency has been working for decades to explore the otherworldly bodies besides Earth. NASA’s programs, experiments, and findings are not news to many of us. Sometimes we see Nasa scientists searching for a sign of life on other celestial bodies and sometimes trying to invite aliens to Earth. Maybe, it’s a part of NASA’s cultural exchange or scholarship/fellowship program. Anyhow, with a lifetime of research, exploration, and hard work, seems like scientists have finally found what they have been looking for. It’s not the aliens but life on the Moon. Yes, scientists are planning to grow plants on the moon.

Who would have thought Neil Armstrong’s shubh qadam were going to be an onset for future explorations and research? Even NASA didn’t think that their years-old collected lunar soil samples will bear ‘plantful’ results. This success story dates back to 1969 and 1972 NASA’s Apollo missions. When the moon-walkers in search of ‘don’t know maybe in search for camels or goats’ brought back some lunar soil. The lunar soil had been kept since then for research purposes. In a bid to support life on the moon, the scientists are working on the samples from the Moon and Mars.

Don’t just utter the words ‘go get a life’ to someone because there are actually some people who take them very seriously. Just a thought… Anyhow, three samples of lunar soil collected during Apollo 11, 12, and 17 were used as the test subjects. Scientists planted seeds of Arabidopsis thaliana – a diminutive flowering weed into the lunar soil samples. The lunar regolith (moon soil) differs from that of Earth as it lacks organic material and contains sharp particles. That’s because the Moon doesn’t have a protective layer of atmosphere like the Earth.

The scientists were not certain whether the seeds would grow or not? Dhak Dhak… Dhak Dhak … something happened that made them run for the hills not literally because it’s impossible to get a scientist out of the lab, much harder than growing rice on the Moon. But yeah! it was like Eureka because two days after the seeds were sowed, they sprouted.

Professor Anna-Lisa Paul, Director of the University of Florida Interdisciplinary Center for Biotechnology Research said “When we first saw that abundance of green sprouts cast over all of the samples, it took our breath away.” She further added “Plants can grow in the lunar regolith. That one simple statement is huge and opens the door to future exploration using resources in place on the moon and likely Mars.”

It would have been a sight to watch. An amazing revelation that opens the gateways to Moon and Mars. And here we were the ones who laughed at the groom who gifted some land on the Moon to his bride at the wedding. Ab hasso!

Clever man knew it all from the get-go, he knew investing in Moon was a lot more promising than investing in Luna. Oops!

NASA Turns To The Moon Again!

After this discovery, NASA is planning to return to the Moon for further exploration. It would be a part of Artemis program. Bill Nelson, NASA Administrator said, “This research is critical to NASA’s long-term human exploration goals.” He added, “We’ll need to use resources found on the Moon and Mars to develop food sources for future astronauts living and operating in deep space.” Furthermore “to unlock agricultural innovations that could help us understand how plants might overcome stressful conditions in food-scarce areas here on Earth”.

As the plants grown in the lunar soil were weak and showed stress-related growth. They were reddish-black in color, smaller in size, grew at a slower pace, and had stunted roots. These are not the signs of healthy growth. But they even grew was enough for NASA to carry out future research based on these results. Yahan dubtay ko mila tinkay ka sahara.

University of Florida’s assistant vice president for research, Rob Ferl said “Seeing plants grow is an achievement in that it says that we can go to the moon and grow our food, clean our air and recycle our water using plants the way we use them here on Earth. It is also a revelation in that it says that terrestrial life is not limited to Earth.”

Yes, life is not limited to Earth, let’s find a new home and lend this one to the aliens. But everything aside this is indeed an astonishing discovery. 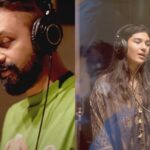