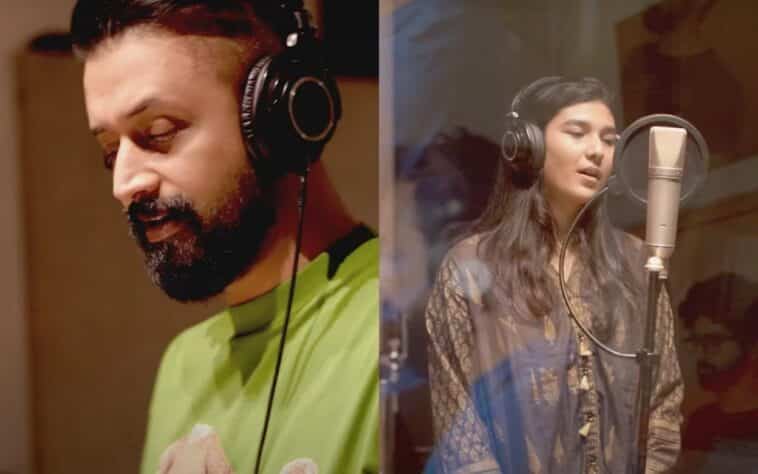 Superstar Atif Aslam and Coke Studio breakout star Shae Gill are releasing ‘Manzil’, a song promoting Covid vaccinations, and already fans are pumped despite the fact that only a short teaser has been released. Pakistani fans are in for a treat as they will be able to see Atif Aslam, one of Pakistan’s most popular performers, linking up new sensation Shae Gill.

The US Embassy in Islamabad collaborated with Sarmad Khoosat, a Pakistani Cannes-nominated film director, to create a new song to promote Covid-19 immunizations and booster doses. The song, Manzil, included Mohammad Hanif as the lyricist and Shamsher Rana, Varqa Faraid, Nimra Gilani and Ali Hamdani as producers and composers. The teaser for the song was posted on the US Embassy Pakistan’s YouTube channel on May 11. It revealed that the music video will release on May 14 at 6pm. The clip sees actor Sarwat Gilani apparently playing a mom while Sarmat Khoosat is behind the lens, in his element, keeping all things jolly and good. Gill is spotted recording and goofing around while Aslam is seen and heard singing.

The 40-second clip has excited thousands of fans across social media.

Fans who are still not over Shae Gill’s ‘Pasoori’, were blown away by the news of her linking up with Atif Aslam for a song.Whereas Atif Aslam seems to be everywhere! Recently, the man of many talents is being highly praised for his exceptional acting skills in the ongoing TV show, Sang e Mah.

Undoubtedly, Pakistan is not short of talent and we can see why.