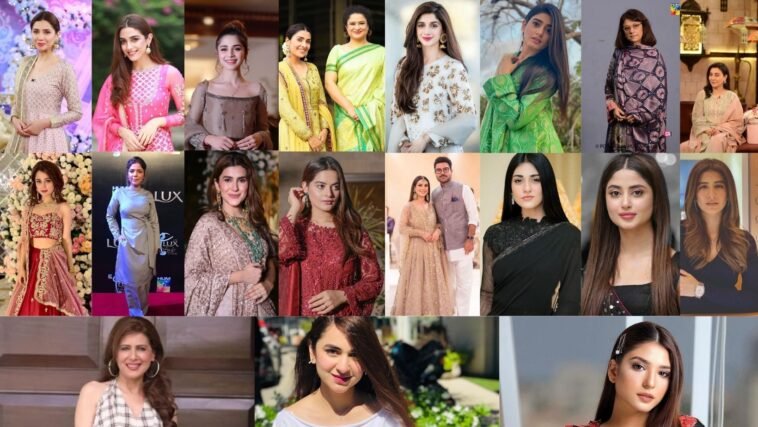 It is that time of the year when people from all over the world compile the lists of the best out there from different industries. Usually, these lists are being organized by notable people from Hollywood. However, we decided to change things a little this year and make our own list. Thus, presenting to you the 21 beautiful women of the year 2021!

Do you get why we chose 21? Well, because we asked everyone in the office who should be on this list and obviously everyone pitched in with their pick of the Neemos and also because the year 2021 is coming to an end. Hence presenting to you our picks of the most beautiful Pakistani women! Prepare to feast:

Iqra Aziz is one of the most versatile actors of Pakistan and is the most beloved. She made people fall in love with her with girl-next-door looks. This year she surprised everyone with her super-hit Pakistani drama – Khuda Aur Mohabbat. Another achievement this year is that she gave birth to a baby boy. We doubt that she will be an amazing mother, not just as an actress. We wish her beautiful family all the best for her future!

Sara Khan, also the wife of Falak Shabbir, is one of the most famous actresses of Pakistan. She knows how to delve into her characters and chooses different textures for all her dramas. She charms everyone with her beauty and style. Also, she just slays when she adorns a Saree. There are times when her character touches taboo topics. She also became a mother this year. Congrats!

The dynamic Kubra Khan is a British-Pakistani actress, and fans are loving her performance in Sinf-e-Aahan. She stands out with her friendly and approachable nature all while being versatile, and everyone can’t help but fall in love with her. But right now, fans are waiting for her upcoming drama – Sang-e-Mah, starring Atif Aslam. We know the drama will be a super-hit.

We could not miss Yumna Zaidi in our list of the most beautiful actresses of the year 2021, and we all know why. She is a very talented actress and a wonderful human being. Her characters are always relatable because of the perfection she delivers with her acting. She carries herself beautifully and with grace.

Ramsha Khan –  one of the most beautiful actresses of Pakistan, has her own style. She is magnanimous and a symbol of growth for the youth. This year she has given us a lot of outstanding performances, and we can’t help but be in awe of her.

Sajal Aly – The Sajal Aly is an actress known worldwide as one of the most dynamic artists of Pakistan. She debuted in Bollywood a few years ago and also was a lead actress in a ZEE5 drama. Over the years, we have seen a lot of her dramas and were always inspired by how flawlessly she played her roles. We love you, Sajal!

Dananeer Mobeen – the ‘Pawrrii Girl’ is just too brilliant. We love her confidence and how she carries herself. Being at a very crucial age, she has gotten a lot of fame this year and she is currently starring in Sinf-e-Aahan.

We don’t think there’s a single person out there who does not love Ayeza Khan. This mother of two keeps on surprising and inspiring us with her impressive. This year, she has given us some great hits – Chupke Chupke and Laapata. We know already that she will be just tremendous next year.

Minal Khan is yet another actress of the Pakistani industry who tied the knot recently. She is versatile and just too beautiful. But one thing that is amazing about her is the fact that she plays all the evil characters to perfection. She is definitely one of the most beautiful women in Pakistan.

Sehar Khan is an upcoming superstar of Pakistan. This year she has worked in many dramas, with her characters fluctuating between the shades of grey. She is beautiful, talented, and has a fantastic voice.

Aima Baig is our favorite singer. The PSL Anthem and then her song with Young Stunners was the highlight of this year and a jam we all jammed to it. You can’t help but get into the groove with her voice. Aima, please – Neemos love you!

Mahira Khan is the face of Pakistan and is loved by everyone. Over the years, she has done a lot of things for Pakistan. Her acting is phenomenal, and so is everything else about her. Mahira came back this year and acted in a drama, a telefilm, and two music videos. This year definitely was a treat for Mahira Khan fans!

We here at Neemopani personally love Syra Yousuf. It is impressive how she tackles the internet troll and manages to be a full-time amazing mom! This year, she also came back with her ongoing drama Sinf-e-Aahan, which is undoubtedly a treat to watch.

Over the years, Sania Saeed has proven that she is one of a kind actress. An idol for new actresses and a mentor who constantly guides them all about acting and how to handle themselves. All of her dramas certainly are super-hit. We are anxiously awaiting her drama Sang-e-Mah.

This fabulous singer and now an actress is an all-rounder star, loved by all. Over the years, we have fallen in love with her singing and the music she produces, but now we have another reason to love her. This year, we have seen her in two dramas – Raqeeb Se and Dobara and all we want are more!

Maya Ali is one of the cutest actresses in our industry. She is bubbly and a goody-good shoe which is super talented. This year, we enjoyed seeing her in a fantastic drama, Jo Bichar Gaye. Maya Ali is super gifted, and a dynamic actress, and all we want is to see more of her. Also, we wish her well for her newly launched clothing brand Maya Pret-a-Porter!

Laila Wasti is a Pakistani actress and producer. She is currently playing the role of Mahira Khan’s mother in Hum Kahan Kay Sachay Thay. She is a talented and inspiring woman, and we wish to see a lot more of her this coming year.

Another great actress from Hum Kahan Kay Sachay Thay is Huma Nawab. She is an iconic woman who has been gracing our television screens for many years now. Some of her notable performances were from the PTV era. We have loved her since then.

Another great actress from the times of our parents is Seemi Pasha. She is talented and vivacious. But really, all we want is to know her secret about not aging. Seemi Pasha knows how to deliver all her characters to the best, whether protagonistic or negative.

Faryal Mehmood is a Pakistani model who has also been seen in some dramas. She is one of the most beautiful women in Pakistan, and everyone loves her. Faryal is also a super kind person, and we wish to see a lot more of her on TV.

Saba Faisal, last but definitely not the least on this list by any means. We are used to seeing many of her on TV, and all of her performances are super amazing. Saba Faisal is an extremely vivacious woman who can not love her? 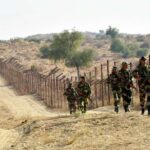 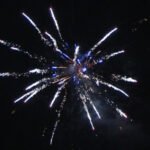