Who misses 90s Cartoon Network? Dexter’s Laboratory, Johnny Bravo, Courage the cowardly dog, Scooby-Doo, and Power Puff Girls. We are happy to announce that power puff girls along with Foster Home for Imaginary Friends are making a comeback. We are excited beyond crazy to watch them again on our TV screens. It is definitely a treat for all of us millennials.

The creator of Power Puff Girls and Foster home for Imaginary Friends Craig McCracken has announced this on Twitter and we can’t hold the excitement. He has come a long way with animation since 1992.

So excited to partner with an incredible studio to develop new characters & stories for two of my favorite creations! ‘Powerpuff Girls,’ ‘Foster’s Home for Imaginary Friends’ Reboots in the Works by Original Creator Craig McCracken https://t.co/w03yaIIz5H via @variety

The Hollywood Reporter has reported that they would be rebooted by Craig McCracken in collaboration with Hanna-Barbera Studios Europe. Sarah Fell, executive producer at Hanna-Barbera Studios Europe will be overlooking these projects. This is the third redo of the Power puff girls. It ran from 1998 to 2005 for the first time, then there was a redo from 2016 to 2019. This redo will be closer to the original one where they used to go to school, helped the people, and went to bed with bedtime stories. There is also news of a live version story that is in the development phase. The other series Foster’s Home for Imaginary Friends will have new characters just like Bloo, and Eduardo.

Sam Register who is the president of Cartoon Network Studios, Warner Bros Animation, and Hanna-Barbera Studios Europe, released a statement, “The Hanna-Barbera homecoming of Craig was an opportunity we could not pass up. Along with his unparalleled sense of fun and imagination, he’s bringing two of his greatest works in The Power puff Girls and Foster’s Home for Imaginary Friends and we are so excited for these characters to be a part of the new legacy taking shape at the studio.”

We are excited! Are you too? 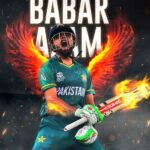 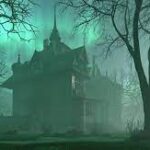