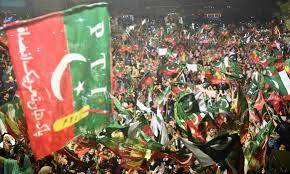 Leaders define a nation. Their personalities have direct impacts on their nations. The peaceful protests showed what power a leader can carry, and how a nation responds to just one call. This is the beauty of the democratic systems where you have the freedom to express your views without fear. Peshawar Jalsa is another chain of peaceful protests, which is going to be held today.

The right to protest is vital to democracy so that people can express dissatisfaction with current situations and assert demands for social, political, and economic change. Should everyone protest? It is a manifestation of “the right to freedom of assembly, the right to freedom of association, and the right to freedom of speech.” Protests last as long as governments have lasted. Do they impact politics and policies, including the outcome of elections? Most of the time yes. According to the political scientist Daniel Q. Gillion in his book The Loud Minority: Why Protests Matter in American Democracy (2020), the protests help in change. Otherwise, the ones who are satisfied with the status quo does not protest.

After removal from the office, this would be his first Jalsa in Peshawar to show his protest against the “foreign-instigated regime change.” He was removed as the prime minister through a no-confidence motion. This Jalsa is also the start of the new election campaign.

Grand Jalsas in Capital Centers – Kicking off from Peshawar on Wednesday followed by Karachi on Sunday. Holding of fresh elections is the core demand of people of Pakistan. #امپورٹڈ_حکومت_نامنظور pic.twitter.com/yJWBg96VVn

In a tweet, he said, “On Wednesday, I will hold a Jalsa in Peshawar after Isha–my first Jalsa after being removed through a foreign- instigated regime change. I want all our people to come, as Pakistan was created as an independent, sovereign state, not as a puppet state of foreign powers.”

On Wednesday I will be holding a jalsa in Peshawar after Isha – my first jalsa after being removed through a foreign- instigated regime change. I want all our people to come, as Pakistan was created as an independent, sovereign state not as a puppet state of foreign powers.

The purpose of this Jalsa is to demand immediate elections as that is the only fair way for the people to decide the rightful Leader.

We are demanding immediate elections as that is the only way forward — to let the people decide, through fair & free elections, whom they want as their prime minister.

The supporters are all geared up to cheer and support their leader. They have tweeted and urged others to join in for the Jalsa.

The overseas Pakistanis are also charged and wish to protest again.

Protest in Dublin, Ireland against the Imported Government installed in Pakistan! #امپورٹڈ_حکومت_نامنظور pic.twitter.com/uUwquFZTpw

Thousands of Pakistanis in Norway came out to show their support to Kaptaan, against the imported government. Support for PTI is growing all over the world 🇳🇴🌍🇵🇰#امپورٹڈ_حکومت_نامنظور pic.twitter.com/5uVkbisxJB

Jalsas will also be held in Karachi and Lahore. We will keep you updated on the current situation. Stay tuned to Neemopani!! 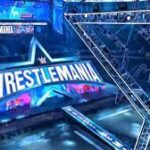