Some people are crazy about Hollywood movies and series while the other half is crazy about anime. The anime fans just don’t know how not to like all the anime. The reason why people love anime is because of its engaging stories, well-crafted characters, and high-quality graphics. The alternative world an anime creates is just like the real one but more appealing. One can’t tell if it’s a reel or real because of the visuals and strong stories. Seeing the rise of anime, we bring you the 5 best anime to watch. You’ll definitely love them.

Death Note is one of the best anime of all time. It is about a teen genius Light Yagami who one day happened to find a mysterious notebook with the title “Death Note.” The notebook possessed supernatural powers. If one writes someone’s name on the notebook, that person dies. Light Yagami uses that notebook to make society better and crime-free by wiping off all the criminals.

Humanity is being dominated by monsters named titans. The Titans are massive creatures that kill and eat humans. Eren Yeager and his friends try to completely destroy the titans so that humanity can live in peace, without any fear. It even shows how far can one go to achieve freedom.

This manga-based anime definitely makes the list of the best anime. The story of the anime revolves around Tanjiro Kamado a teenager, whose family was slaughtered by demons. And his sister who survived the attack turned into a demon. To avenge his family and prevent further demon attacks Tanjiro strives to become a demon slayer. What will happen next and how will he treat his own sister who turned into a demon, after becoming a demon slayer? This surely is an intriguing plot.

Thirty years before the events of Date A Live, an enormous explosion devastates east Asia and kills 150 million people. Fast forward to the future. In high school second-year, Shidou Itsuka lives alone with his sister while their parents are away. Eventually, Shidou is caught in the blast and, finds a mysterious girl. It turns out that this girl is actually a Spirit, a powerful being from another world whose arrival devastates the surrounding area.

This is definitely a Binge-watch anime. This anime will make understand what others are going through and make you appreciate what you have. It teaches you how to enhance your willpower, the value of optimism, and empathy. This series also has very likable and unique characters. Once you finish the series, you’ll want to be like one of them for sure. The anime revolves around a young ninja Naruto Uzumaki, who strives to seek acknowledgment from his peers to become the village head, Hokage.

House Of Dragons – GOT Prequel To Hit Our TV Screens Soon 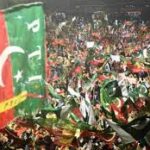 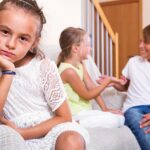