Pakistan conducted a successful test of Babur Cruise Missile 1B. The enhanced range version of the cruise missile is ‘Made In Pakistan.’ The cruise missile has a range of more than 900 km. Earlier this year, in February, Pakistan tested the Babur 1A missile. The 1A had a range of 450kms to hit land and sea targets. It can carry a load of 450-500 kg and can be launched both from the ground and a submarine. 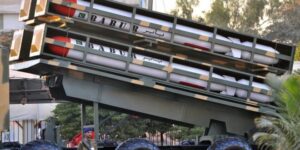 The Prime Minister, President, and the high officials from the Joint Chiefs of Staff Committee appreciated the successful launch conducted by the scientists and engineers. We are truly proud of them for making Pakistan stand out in strengthening the Defence. DG Strategic Plans Division  Lieutenant General Nadeem Zaki Manj, NESCOM Chairman Dr. Raza Samar, and Commander Army Strategic Force Command Lieutenant General Muhammad Ali were present at the launch ceremony.

According to ISPR, 1A was launched from a “state of the art Multi Tube Missile Launch Vehicle.”

Pakistan also conducted a successful test flight of Fatah-1 in August this year. It’s made locally in Pakistan, guided by a multi-launch rocket system capable of delivering conventional warheads. In March, another successful test launch of Shaheen 1-A medium-range ballistic missile was conducted. According to ISPR’s statement, “The missile spanned a range of 900 kilometers, and the test flight was aimed at the re-validating of various design and technical parameters of the weapon system including an advanced navigation system.”

In recent years, Pakistan has been constantly working to upgrade its Missile Technology to make the defense stronger. The region has been going through some difficult times for over a century, with spillover from Afghanistan. We need to keep our fences strong to deal with the ever-changing global situation keeping up with the latest technology. With our ‘NARAZ’ neighbor next door, we have to update our defense systems. 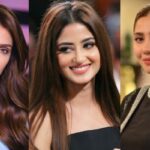 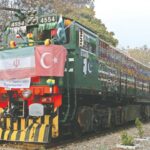