With the start of the new year, government officials have announced new accords for different prices. In correlation to this, Chairman FBR Muhammad Ashfaq Ahmad said that he thought the pharmaceutical prices need to be reduced by 20%.

However, in response to this, the head of the pharma companies asked the FBR their contribution in the reduction in the prices of goods. “I have worked in at least half a dozen countries and nowhere have I heard that the revenue boards could bring goods prices down,” said Khalid Mahmood, CEO of Getz Pharma.

Expectedly, the prices of medicines in the retail market should come down, approximately by 20 percent,’ said FBR chairman in a press release. “The pharma industry is Rs600 billion, and 20 percent means Rs120 billion,” said Zahid Saeed, Group Managing Director, Indus Pharma. “Does the government have that kind of money?” he questioned. “It’s all in the air, and it doesn’t have anything solid behind these statements,” he added.

“In that case, chances are companies may stop making medicines that have low margins, and as a result, such medicines would get short in the market,” he explained. The prices remain unchanged due to the FBR’s new regime, unlike the latter claims.

There is no doubt that people are in dire need of medicine at cheaper rates. Still, at the same time, we can’t deny that the pharmaceutical companies are doing the best they can do. The idea is for the government to make policies and find a middle ground. 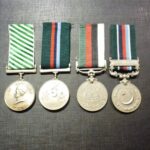 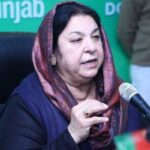