Justice in Pakistan has been going through a rough patch. From decisions that were not welcomed to the decisions that were passed in no time, our justice system history has a long way to go. There have been efforts to make it independent of any political interference. Chief Justice Umer Atta Bandhial is the 28th Chief justice to take an oath. So it is safe to say that justice will be served in time now.

The National Judicial Policy 2009 was framed to streamline the judicial system in the country and make it responsive to the present-day requirements of society. The Policy was formulated by the National Judicial (Policy Making) Committee, headed by the Chief Justice of Pakistan, with Chief Justices of Federal Shariat and High Courts as members. The main purpose of this policy was to clear the pending cases in superior as well as subordinate courts. It aimed at ensuring easy access to justice for the common man.

Hailing from Lahore, Umer Atta Bandhial is the 28th Chief justice to take an oath.  He obtained his graduation in economics from Columbia University and became a barrister at law from Lincoln’s Inn London. He also has a Law Tripos degree from Cambridge. He joined as an advocate Lahore High Court in 1983 and then became an advocate of the Supreme Court. He mainly dealt with commercial banking, tax, and property matters.  He has also handled international commercial disputes, arbitration matters, and international arbitral tribunals.

Justice Bandial was appointed as a judge LHC on Dec 4, 2004. He refused to take law under the emergency proclaimed by Gen. Pervez Musharraf. He was reinstated after the lawyer’s movement. He also served as CJ of LHC for some time.

He was appointed after being part of the Supreme Court for seven years. President Dr. Arif Alvi appointed him on 17th January 2022 after the retirement of Chief Justice Gulzar Ahmed.  He took oath on 2nd February 2022. He is also the first non-PCO (2007 emergency declared by Gen. Pervez Musharraf) Judge to take an oath after decades. He will serve till 2023.

Justice Umar Ata Bandial on Wednesday took oath as the 28th chief justice of Pakistan (CJP) at a ceremony at the Aiwan-e-Sadr, following the retirement of Justice Gulzar Ahmed.

He will have to deal with a mammoth of 51,766 cases pending cases alone in the supreme court. The biggest challenge for the new CJ would be to ‘initiate urgent data-based analysis of the flaws and delays in the judicial system and implement reforms right down to the magistrate/civil judge level’.

His view is that the media attacks the judges which hinder the process of justice pressurizing and burdening them. The criticism should be on the judgments rather than personalities. He said, “The differences in judges’ opinions in matters of law arise from our perceptions and this diversity brings richness to our understanding.” The prosecution failed due to faulty investigations and a lack of evidence. Training should be incorporated to improve the investigation. This will in turn help the prosecutors to do prosecutions successfully.

The legal fraternity should coordinate ‘to help save the court’s time by ensuring a greater reliance on written briefs, concise statements, and skeleton arguments by counsel and an end to the culture of seeking adjournments at the time of the hearing.’

We hope and wish that under his CJship, the justice system reflects on its shortcomings and try to make justice speedy and more accessible to the common man. 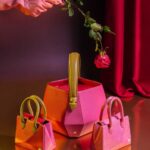 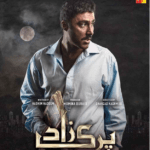