The presentation of an organization and a company matters a lot from sales all the way to business logo design. They have to compete in the market to capture the attention of the audience. To do so, they invest a lot as these things go forever and become a symbol at the global level. The audience connects with them. Logos and designs matter a lot in this regard.  In this article, we going to share 5 famous logos and their hidden meanings.

A logo gives a unique identity to the company. Logos come in various shapes and sizes. They have a whole concept and meaning s behind them. Some logos are simple and straightforward. Some are complicated. They try to be meaningful without uttering a single word.

Below are 5 famous brands’ logos and their hidden meanings.

Amazon has had a long journey. It started as an online bookstore, which converted itself into the world’s largest eCommerce company. It also offers technologies like assistant and cloud services.

Its logo may look very simple by bearing the company’s name. The orange arrow from A to Z says something else. It means that like a to z it sells everything. The arrow also represents a smile that a customer has after buying from amazon. Cool! Isn’t it so? Who doesn’t love Baskin Robbins? I can see all the flavors in front of me. Established by Burt Baskin and Irv Robbins in 1945, it grabbed the audience’s attention with its different flavors.

The logo has been designed smartly. It uses blue and pink colors. But interestingly, we can the number 31. What does that mean? 31 represents the number of flavors that Baskin Robins offers.  This means that you can try different flavors in a month. That’s amazing.

Domino’s Pizza is forever, whether it is late-night cravings or a treat. They have absolutely a great range of pizza flavors. Just like a domino, their logo has a domino with three dots. Why just the three dots? Initially, they just had 3 pizza locations but when they expanded, they kept the logo the same.

FedEx is the go-to and the most reliable store for delivering your products across the globe.  It has two basic colors in its logo. But the colors differ from country to country. Usually, Fed is in purple color, whereas Ex changes according to the customer type. For example, gray for FedEx Corporate, orange for Express, green for Ground, red for Freight, blue for Critical, and yellow for Trade Networks. The hidden arrow between ‘E’ and ‘X’ shows that the company is moving forward.

Chocolate lovers cannot forget Toblerone. Its packing and shape are so unique that who won’t love it? Swiss chocolate is a triangle-shaped bar. The logo shows a picture of the Matterhorn, where the chocolate was made. There is a human pyramid that can be seen in the picture. Interestingly a bear is hidden in the picture. What does the bear symbolize? Basically, Toblerone is made in Berne and the Bear is the symbol of pace. 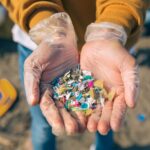