The queen jewels have always been the talk of the town. Her crown has the most expensive diamond and jewels.

The Great Star of Africa which is commonly known as Cullinan weighs 5230.2 carats making it the largest diamond with a worth of $51 million. It was retrieved in 1910 as part of a gigantic diamond unearthed in South Africa. It was presented to Mary of Teck who was Queen Elizabeth II’s grandmother. Earlier, it was part of a staff head owned by the monarchs during their coronation, which had a cross.

It has 1333 diamonds, including a four-carat yellow diamond in the center. This was worn by George IV in 1821 for the first time for his coronation. Queen Elizabeth has been wearing it since 1952.

There are a lot of estates that belong to Queen Elizabeth.

The Tower of London

The Royal Palace and Fortress are commonly known as the tower of London dating back to the 11th century. Since then it is the most visited tourist site.

It is one of the world’s famous streets and is located in the heart of London. It measures 1.25 miles in length, the street runs through both Piccadilly Circus and Oxford Circus. More than 7.5 million tourists visit per year.

It has been part of many historic events in the royal family. The royal coronation has been held here since 1066.

The place where Nelson’s Column and the British National Gallery are located was early a place for stables.

The Queen owned Dolphins, porpoises, sturgeons, and whales as per the order issued by King Edward II in 1324, “… The king shall have the wreck of the sea throughout the realm, whales, and sturgeons taken in the sea or elsewhere within the realm, except in certain places privileged by the king.”

She was given a corgi on her 18th birthday. The current corgis descend from the same corgi, she loved all of them.

All the swans in England and Wales belong to her, although ” she only exercises her ownership on certain stretches of the Thames and its surrounding tributaries.”

She has loved horses since she was young. She had invested a lot in racehorses. At the moment, 30 horses are in training. So far she had won $9 million in the last three decades winning 451 races.

The queen was presented an Aberdeen Angus Cow at the Calgary Stampede Agricultural Show in Canada in 2005. The cow couldn’t be brought back to the UK,   so it remained there as the founding member of the Stampede’s own herd of cattle.

The pair was gifted in 1972 during a visit to Seychelles. They are kept in the London zoo.

The Crown Estate also owns “just under half of the coastline around England, Wales, and Northern Ireland.”

She owned The Royal Collection, one of the world’s largest and most impressive art collections. It included 150,000 artworks by famous artists like Rembrandt, Rubens, Claude, Gentileschi, Van Dyck, and Raphael. The artworks comprised 7,000 paintings, 500,000 prints, 30,000 drawings, sculptures, and other objects. Some are available in museums whereas some of them rest in royal palaces. The Queen couldn’t sell them but was allowed to add them to the collection.

The Queen owns all of Scotland’s gold mines and their activities.

As an animal lover, she also owned a bat colony in Balmoral Castle.

She owned 25,000 acres of forest used for agriculture and mineral extraction.

The wedding dress was a cream and white silk, satin, and lace ensemble. Whereas the armor was worn in 1540 by Henry VIII. It was readjusted later to his size. 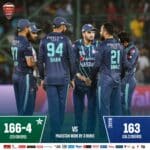