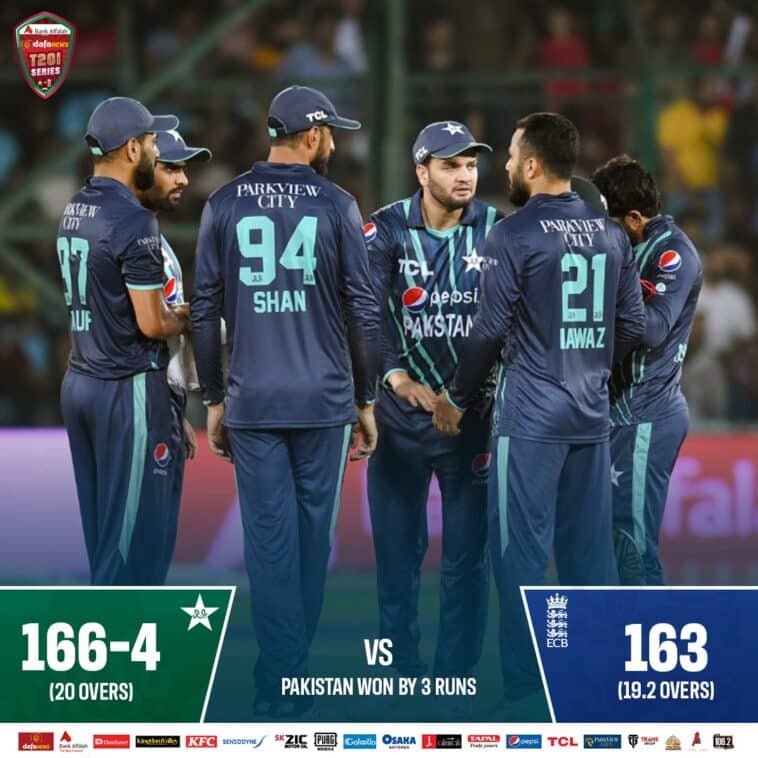 Cricket and the Pakistan team have a roller coaster relationship with each other. One minute they are the best buddies, the other minute they are the worst enemies. The four T20Is against England in Karachi have been a heart attack, probably ambulances waiting outside the stadium and our houses. The matches have been nerve-racking till the last minute and ball. As Shadab had said, we are giving a lot of heart attacks to the fans all over. Well, it is quite justified. The 4th T20I played in National Stadium Karachi was the 200th T20I for Pakistan since 2006. And what a day it was and it ended in a win by just 3 runs.

England won the toss and decide to field. A wise decision indeed. Pakistan embraced the ground with great spirit where Rizwan made 88 runs along with the skipper Babar Azam who made 36. The middle order couldn’t take advantage and the total was just 167 which is quite frankly a piece of cake.

With England,  having a smooth sail to win the 4th T20I, you can never underestimate our pacers. They are our showmen, who perform and go to extra length to save the matches (no offense meant to out batters, we love them equally).

Pakistan Wins The 2nd T20I Against England By 10 Wickets

Guess what! When did the tables turn? In the 18th over, when England was just close to sealing the match comfortably. When Haris Rauf took two crucial wickets. England was decreased to tears. Muhammad Wasim sealed the victory with the last wicket when Topley was run out of 3 balls to spare. The 4th T20I was the 200th one, and a win by 3 runs has been absolutely marvelous.

Haris Rauf and Mohammad Nawaz took 3 wickets each, whereas Mohammad Hasnain took 2 and Mohammad Wasim took 1 wicket. From zero to hero, the Pakistan team provides the raw experience of psychological thriller, adventure, and much more to its fan. The series has been leveled by 2-2. The last 3 matches will be played in Lahore. We hope to see the same thrill and adventures again.

Fans and cricketers have gone crazy on Twitter and have expressed their feelings.

Wow. I switched off because I thought England had won it after that 18th over from Hasnain. Excellent comeback effort by Pakistan. Haris Rauf is very good👏🏻👏🏻👏🏻.

On this occasion, let's take a look at all those who have led 🇵🇰 in T20Is and their captaincy record.#PAKvENG | #UKSePK pic.twitter.com/gClibwgumZ

Alhamdullilah! Victory for Pakistan. @HarisRauf14 was the man who brought sigh of relief. And thank you Karachi for making these matches special.Really loved the crowd, way they came out to support us & flood victims, no doubt people here have got big heart.❤️🇵🇰#Karachicrowd pic.twitter.com/VKW32Joqji

Karachi was incredible. Over to you, Lahore. 🇵🇰 pic.twitter.com/61wibr3Pmu

Man of the moment @HarisRauf14 adds Pakistan's win in the fourth T20I on the National Stadium honours board ✍️#PAKvENG | #UKSePK pic.twitter.com/7HtYsmzNLv

Karachi ka crowd was awesome. See you all in Lahore. pic.twitter.com/vIawilXW6U

What a way to win our 200th T20i. Nerve wracking – thanks to the heroics of @HarisRauf14 🤩 who bowled superbly while @iMRizwanPak put the much needed runs on board with a superb finish to inning by @AasifAli45. Alhamdulillah 💚 🇵🇰 pic.twitter.com/n8ccl3gPBR

2-2. Incredible win by Pakistan. Pakistan one minute down, next minute up. Pakistan cricket matches are not for the faint-hearted. That's how you win with a fair runout without cheating to run the last batter out, if you know, you know.🇵🇰 #Cricket #PAKvENG

What a game of cricket, what a cricket series is going to be @HarisRauf14 you beauty. Congratulations boys well played.👏#PakvsEngland #PAKvENG#PakvsEngland 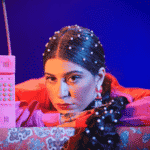