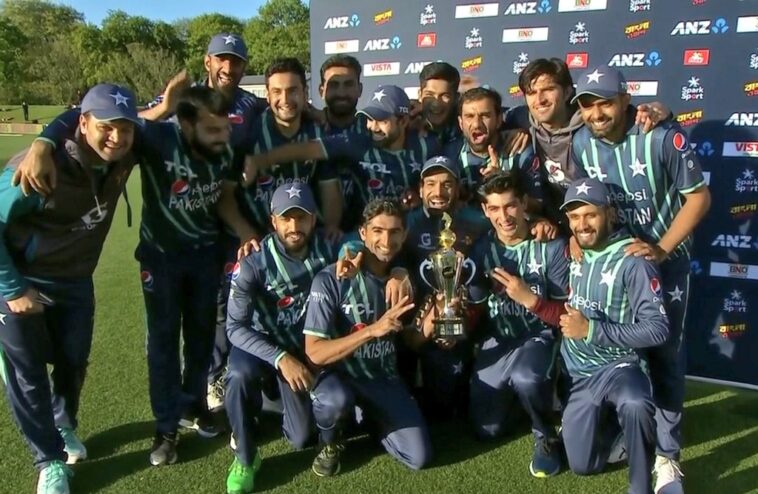 Getting up early to match the final is not easy, but for a cricket fan, it is more than just a match. Pakistan won the Tri-Series Final against New Zealand in their home ground by 5 wickets. Nawaz and Iftikhar were on fire by smashing boundaries and attacking the Kiwi’s bowlers. Nawaz sealed the final by smashing a six making Pakistan victorious. We are truly proud of the Pakistan Team. A well-deserved victory for Pakistan just before the World Cup. This is going to boost the spirits and morale of the young guns.

After winning the toss, Pakistan won the toss and decided to field first. NZ set a target of 163. Kiwis captain Kane Williamson scored a half-century in 33 balls. Glenn Phillips and Mark Chapman contributed 29 and 25 runs respectively. Haris Rauf was on fire. He took 2 wickets for 22 runs in his four overs quota. Naseem Shah also took 2 wickets for 38 runs. Shadab and Nawaz took 1 wicket each. NZ made 33 runs in the last five overs with 4 wickets down.

When Pakistan came to bat, it was a slow start. Babar got out for 15 runs and gave chance to the middle order which proved beneficial. The scorer included Muhammad Nawaz 38*, Mohammad Rizwan 34, Haider Ali 31, and Iftikhar Ahmed 25. Michael Bracewell took 2 wickets for 14 runs along with Blair Tickner, Ish Sodhi, and Tim Southee who took 1 wicket each.

The star performers who led Pakistan to victory were Iftikhar Ahmed, Haider Ali, and Muhammad Nawaz. Iftikhar Ahmed and Haider Ali scored 56 runs in just 26 balls. Nawaz along with Iftikhar sealed the series final with 38 runs from 22 balls. Pakistan managed to make 98 runs in the last 8 overs against 76 in the 11 overs.

In the post-match conference, Babar Azam said, “The way our team played deserves all the credit. The bowlers were brilliant at the death. The way the middle order played was outstanding. Haider and Nawaz are outstanding, so we need to step up and perform. (On the wicket slowing down) It didn’t make me change my thoughts about the toss. The wicket played the same too. Going to Australia, we have good confidence.”

Kiwis captain Kane Williamson said, “Great game, Pakistan is a strong side, credit to them for turning it around. Frustrated with the loss. You always want 20 more, but it was competitive. The wicket was on the lower side. They came in and changed the momentum well. There’s no blame, everyone went with the plan. Execution went wrong, and the margins were small. With batters coming in and all improving the signs are positive ahead of the World Cup.”

Muhammad Nawaz was the player of the match. He said, “I just backed myself in both days. Tried to display what I’d practiced in the nets with a clear mind. Batting in the middle order has helped a lot, backing myself and going with the plan was key. (On the 15th over vs Sodhi) Haider helped with a couple of boundaries in the previous over. We used the wind and got the boundaries against him. The weather has been very cold, was tough to adapt from Pakistan and Sri Lanka. We are looking forward to the World Cup now.”

Michael Bracewell was the Player of the Series. He said, “Honored to have won the award, disappointed with the loss. I have practiced to bowl in the power play, and am getting used to it. Tough to bowl to Rizwan and Babar but enjoyed the challenge. The role as an off-spinner is new and I’m getting used to it. But yeah, the last two overs in both innings ended up causing the loss. I am fortunate with the opportunities and am trying to soak up information from the others, I feel I have more skills now which I’m happy with.”

Pakistan head into the World Cup with a trophy in New Zealand 🏆 pic.twitter.com/ycFLZfH24P

Once again an impactful T20 knock from @mnawaz94 under pressure to take PAK over the line.

Congratulations @TheRealPCB very well done 👏. Especially @mnawaz94 back to back match winning performances. He should request ICC to shift the wcup to NZ instead of AUS 😉 #PAKvNZ

An excellent Tri series win for Pakistan 🇵🇰, Keep up the good work & all the best for the T20 World Cup. @babarazam258
#PAKvNZ #PakistanCricket pic.twitter.com/sASTlBdgwS 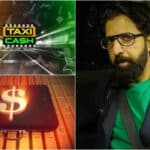 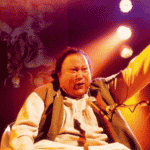