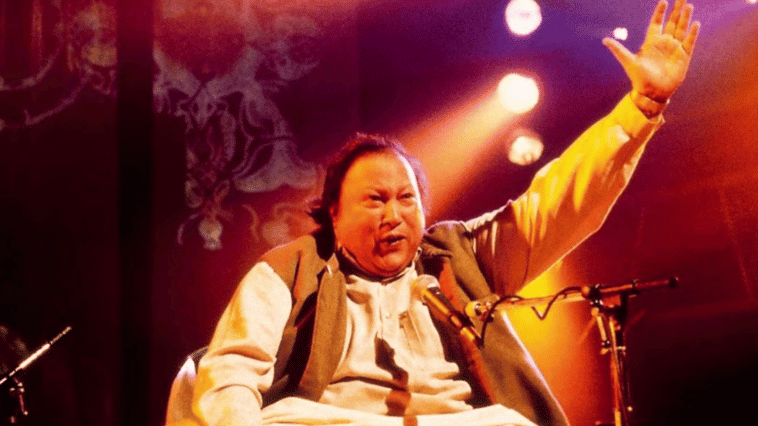 Ustad Nusrat Fateh Ali Khan born on 13 October 1948 was a Pakistani singer, music director and songwriter. He was primarily a qawwal. Qawwali is a form of Sufi devotional music practiced in southern Pakistan and North India.

The legacy of his magical voice has captivated millions around the world. He is known around the world as “Shahenshah-e-Qawwali”, a music virtuoso indeed. His name appears on the Guinness Book of world records for the highest albums recorded numbering at 125. Dam Mast Qalander, Kisa Da Yaar Na Vichra, Jana Kam Hoga Kam, Wohi Khuda Ha are some of the most appreciated pieces by the maestro. Nusrat Fateh Ali khan has been awarded UNESCO Music prize, Legends awards at the UK Asian Award 2005 and Pride of Performance by the Government of Pakistan. During his 25 year career he was bestowed upon many honorary titles, he was given the title of “Ustad” (the master) at a ceremony in Lahore.

His vocals have appeared on soundtracks of films directed by huge names like Martin Scorsese, Oliver Stones and Tim Robins. He also collaborated with a number of musicians around the world, huge names like Michael Brook. One of the collaborative song was “Night Song”, which was nominated for a Grammy. Billboard described this song as “A work of great beauty, an album for the ages, defying genre and solidifying Khan’s stature as one of the world’s pre-eminent singers.”  In Japan he is known as “The Singing Buddha.”

Khan did his first performance at the age 15 and from that moment on for the next 25 years till his death on 16 August 1997, he spread the enchantment of his voice across the continents in more than 40 countries. His work is now being carried by his nephew Rahat Fateh Ali Khan. A very well-known name. Nusrat Fateh Ali Khan was a Master, a prodigy, a maestro in the art of music. His name has been written in pages of history in golden words and will be forever remembered. 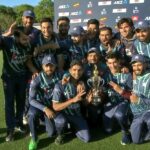 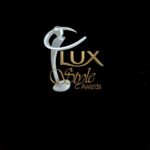