The team kits are very important as they reflect the image of the country. So far Australia, India, and England team kits for the most awaited T20I WC are revealed. Pakistan has been waiting for the team kit reveal as well. The PCB official Twitter handle teased the fans by sharing the ‘the thunder awaits’ tagline. Whereas, the kit has been leaked so fans have a mixed reaction. Some think it is an interesting design as compared to the previous ones whereas some think it is a copy of a watermelon.

This time the color has been kept dark green as the color of the flag with stripes. Earlier stripes were introduced but they were few in number. This time they cover the front of the shirt along with a yellow color resembling thunder. The official photos include Babar Azam, Shadab Khan, and Naseem Shah along with the women cricket team players Kainat Imtiaz and Fatima Sana.

They are going to play in the new kit in the series against England. The half-faded numbers on the back of the shirt represent solidarity with the flood victims. We look forward to seeing our players shining in these kits.

Two different kits of Pakistan for T20 World Cup. They will wear the other one while playing against SA, I think. And any team whose kit combination coincides with this one. Copied from @itsmeSehrish #PAKvENG #T20WorldCup #PAKvsEng pic.twitter.com/UN5v6ee1HW

Nothing makes me happier than wearing Pakistan’s jersey. #PakistanZindabad pic.twitter.com/y5USY69few

Some of the fans shared their funny tweets regarding the designs

Pakistan Cricket Team's kit for ICC T20 World Cup
Looks like… inspired by Watermelon 🍉 so one can term it as *Tarbooz Kit* 😃
There is a room for improvement….@TheRealPCBMedia @TheRealPCB @babarazam258 @76Shadabkhan @ICC #Pakistankit #T20WorldCup #T20wc2022 pic.twitter.com/KuBU6h1fLT

If watermelon was a human being 🍉
Pakistan cricket team new kit!#WorldCup2022 pic.twitter.com/QB2RE3AM2F

Some of the fans got disappointed with PCB and that it could have hired a better designer to design them.

Whoever has been deciding kit for Pakistan team is doing awful job for a long time now. We use to have such good kits in 90s n even 2000s. I would say last time we had a very good kit was 2011 WC one. 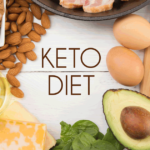 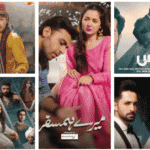