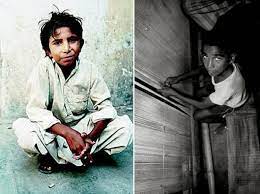 Societies progress with the sweat and blood put in by the individuals. If there are words and there are no actions, the societies are doomed. One individual’s struggle leads t revolution which results in the betterment of society. Today we are going to share with you the struggle and story of a 12-year-old Iqbal Masih, who is a true face of Resilience. We will share what this young labor has achieved and sent a message across the world that will and determination are all it takes.

Who was Iqbal Masih?

Born in Muridke, Punjab in 1983, Iqbal was a Pakistani Christian boy. He became an activist after being abused in child labor. His father borrowed money from the carpet weaver head. To pay off the loan, Iqbal had to work as a carpet weaver relentlessly until they paid it off. As a child, he had to go through tough work conditions, where he had to get up at the break of dawn tied with chains along with other children to start his day. Paying off debt was not an easy task as they paid him Rs.1 per day. He got into a fight with the owner for ripping the carpets off.

He was smart and intelligent. He got to know that bonded slavery was illegal by the Supreme Court of Pakistan. He escaped and went to plea at the court, but the police returned him to the owner, unfortunately. This was a huge setup as they threatened him for life.

He escaped the second time when he joined the Bonded Labor Liberation Front (BLLF) School. This school was for the former child slaves. As he was smart and intelligent, he completed his education in just 2 years. He wanted to become a lawyer to help the children. He helped escape 3,000 children who were in bonded slavery. They invited him to Sweden and US to share his journey of struggle. He made speeches sharing his experience. 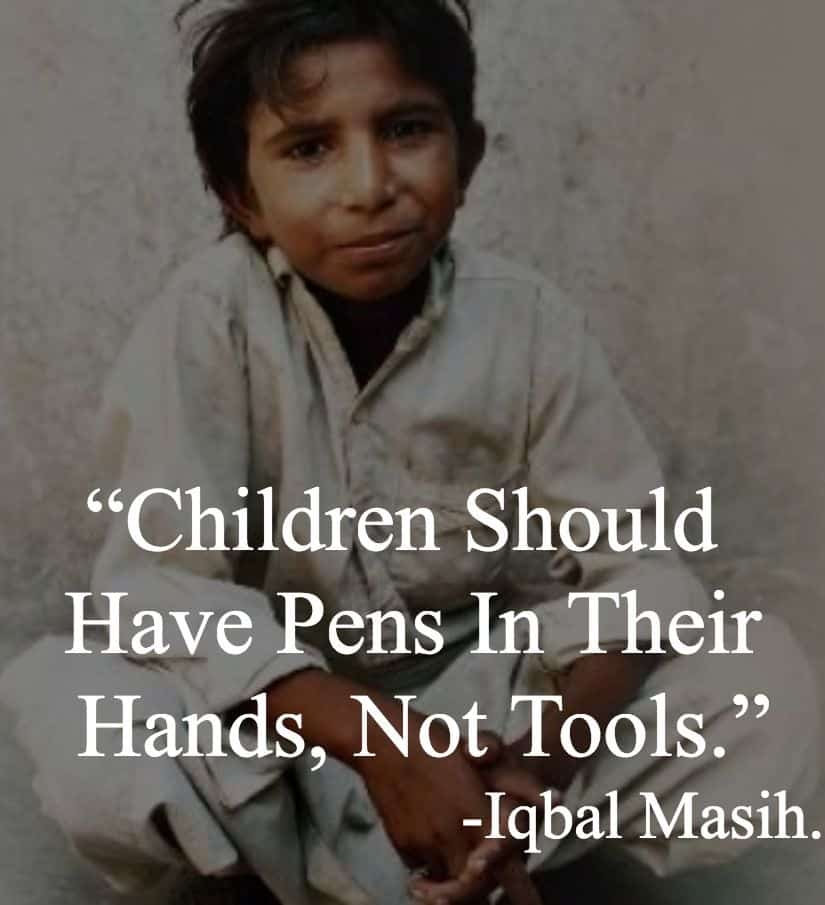 According to the Bonded Labor Liberation Front, Iqbal had received death threats. The carpet mafia shot him on 16 April 1995, when he was just 12 years old. Such was his power that the mafia was terrified of him putting an end to child slavery and fighting for their legal rights. He remains a hero till the times to come.

In his acceptance speech for Reebok Human Rights Award, he said, “I am one of those millions of children who are suffering in Pakistan through bonded labor and child labor, but I am lucky that because of the efforts of Bonded Labor Liberation Front (BLLF), I go out in freedom I am standing in front of you here today. After my freedom, I joined BLLF School and I am studying in that school now. For us, slave children, Ehsan Ullah Khan and BLLF have done the same work that Abraham Lincoln did for the slaves of America. Today, you are free and I am free too.”

Pakistan is proud of its gem who took up to create awareness against child slavery at such a young age. We pray no child has to go through the bonded slavery and the government is actively reforming and protecting the children from this monstrosity.