The Pakistan Junior League was softly launched on 14th April 2022. This is the first-ever league in the world for junior players. This is a city-based league where international players will also take part. 100 players have been selected, who would be mentored and guided by the foreign coaches at the five-star institutions and would receive Rs 30,000 as a stipend. This is also going to bridge the gap between domestic and international players broadening their horizons of exposure. PCB has released the Pakistan Junior League schedule that will be held in Lahore from 1st October to 15th October 2022.

PCB has recently launched the Pathway Cricket Programme, of which the Junior League is a part. In this, PCB and its strategic partners which include BRB Group and Engro Corporation have agreed to provide the best facilities to the chosen 100 players. I will give them Rs. 30,000 as a monthly stipend along with free cricket equipment, coaches, and world-class institutions.

There would be six teams that are city-based franchises. They would play 19 matches from 1st October to 15th October at the Gaddafi Stadium Lahore. They would be then selected through a draft system and the most iconic player wills serve as the mentor/coach. Seems fun though. To take cricket forward, PCB is putting in all efforts to grab the live streaming rights. So, the bidding process for it will start after Eid.

This is a 20 overs league which is the world’s first league of its own for the domestic U19 players. We can’t be more proud of having this honor. As they say, cricket runs in our blood along with chai, we surely can go to heights to achieve the best for cricket. This will help the young players to get mentored by the foreign coaches where their skills will be improved. The shared knowledge will help in building a more sustainable future for them.

One of their parents who are to be picked up by the event organizer or the franchise will accompany the foreign cricketers.

Ramiz Raja, Chairman PCB shared his excitement over the response from the Junior League, “I am delighted, encouraged, and motivated by the response we have received as the Pakistan Junior League’s Request for Expressions of Interest. This feedback has strengthened my belief and confidence that we have a huge appetite for cricket and a strong commercial market, which is keen, eager, and happy to partner with the PCB on its projects of introducing new properties so that we can strengthen ourselves financially and commercially, and the return on investments are shared with all cricketers.”

We are as excited as Ramiz Raja is. We hope that this will help the junior players to compete with the international standards set, and they will excel in their skills making Pakistan proud. 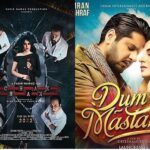 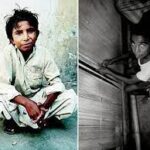