Pakistan’s film industry is trying hard to elevate it higher and to become one of the most successful film industries in the world. After a gap of two years and ease in corona restrictions, four new Pakistani movies are set to release in cinemas this Eid. The movies are said to enthrall the audience with power packed entertainment.

Here’s a list of the new movies to look forward to this Eid:

Dum Mastam is a combination of love, romance and comedy. Starring the television superstars Imran Ashraf and Amar Khan alongside some famous names such as Sohail Ahmed,Saleem Meraj, Adnan Shah Tipu and internet sensation Momin Saqib. The film is produced by Akhtar Hasnain and Adnan Siddiqui. Ehtashamuddin’s directorial venture promises a story more than a mere romantic comedy.

Ghabrana Nahi Hai is expected to be a super hit as it stars the superstar Saba Qamar alongside Zahid Ahmed and Syed Jibran. The film will be released on Eid-ul-Fitr and promises to entertain houseful audience. The movie is directed under the crime-thriller genre and consists of other prominent names such as Nayer Ejaz, Rambo, Saleem Meraj and Sohail Ahmed.

A romantic comedy film starring Hania Aamir and Ali Rehman Khan is set to hit the cinema theatres this Eid. Directed and produced by Wajahat Rauf, this film promises to be a highly entertaining. With the two good-looking new sensations of Pakistan, the movie has been promoted in very innovative ways. With appearances at different malls in different cities to a roadshow, the movie has been able to grab the anticipation of the audience. Whether it makes it big in the cinemas or not, that shall be seen soon.

Ahsan Khan and Neelam Munir starrer film Chakkar is also set to be released this Eid-ul-Fitr. Chakkar is produced by Yasir Nawaz and is a mixture of action, thriller, suspense and entertainment. The movie revolves around a murder mystery and contains Jawed Sheikh and Danish Nawaz in supporting roles. Although the movie is a crime thriller, the trailers also point at a hint of comedy.

Which movie are you looking forward to watch this Eid? 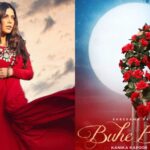