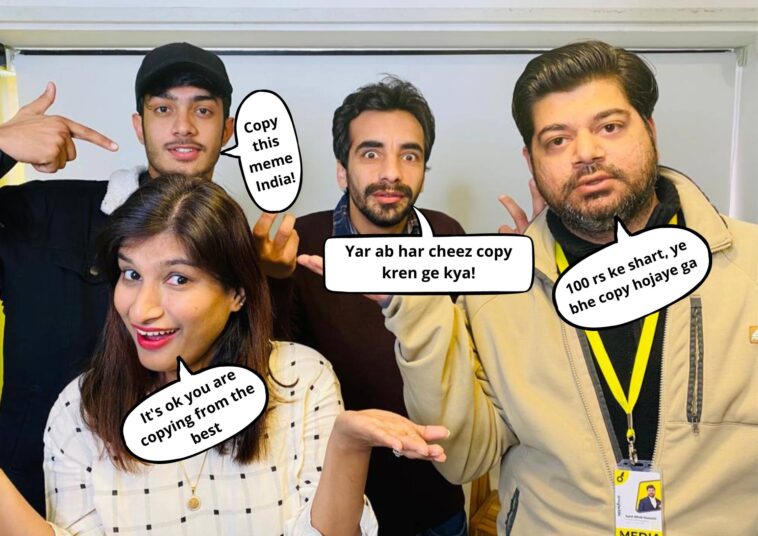 Our neighbors, the Indians, might have been divided by boundaries but the way they copy stuff from Pakistanis gives away their fondness for us. You must have heard the latest news by now that Pakistani rice was being sold with the label, “made in India”. This news has caused quite a ruckus in the international seller market. Considering the illustrious history of our copying neighbors, it shouldn’t strike as surprising to you that India has a record of copying from us every once in a while. Be it songs, movies, or even advertisements, only Indians are brazen enough to copy each thing frame by frame.

Let’s look at some of their amazing masterpieces. By masterpieces, we mean the content that they flawlessly copied and presented as their own.

They Love Our Music and Dramas!

There have been numerous songs that were copied by India and were made into their own. Some of these songs are so recognizable that we cannot help but only guess what went through the song directors’ minds. Certainly, they were burning with love for us Pakis. Here are some of the examples of how Indians expressed their love for Pakis by copying our taste in the music and drama industry.

The iconic song Dil Dil Pakistan was copied by Indians, who turned it into a patriotic version that said, “Dil Dil Hindustan”. The resemblance is so amazing that it felt like they didn’t even want to look so different from us in music! The two main singers of the song danced to the irony that their contagious patriotism is the result of Pakistan’s patriotic virus. From the comments section, you can see how Indians felt when they found such blatant copy that was originally inspired by their neighbors.

Junaid Jamshed seems to be on the hit list of Indians whenever it comes to copying. The poor singer had sung “Gore Rang ka Zamana” back in 1993. To say that Junaid Jamshed was loved would be an understatement. Pakis were absolutely crazy about this singer and kept his songs on the replay list.

The same fans had been hit with the Indian version of it in 2019. Our neighbor was sure to give it its own texture by rebellious color schemes and energetic dances. This doesn’t change the fact that the source material is from Pakistan.

Another masterpiece that Indians made after copying from the song, “Hawa Hawa”. This time they loved the song so much that they didn’t even change its name. This speaks volumes about India’s taste in music, and how they love Pakistani songs so much that they always credit the original artist.

Even when Indians are making anti-Pakistan movies, they cannot stop loving us for so many unknown reasons. Don’t take my word for it. Listen to their song, “Zalima by Nora Fateh”. It is ironic that they would remake a song that originally belonged to Noor Jahan. The original one was featured in “Chan Te Soorma” released in 1986 and had the same lyrics.

You read that right. Mere Pas Tum Ho was an iconic Pakistani drama that raised quite a fan following. India copied us blatantly in this department too, releasing a drama of their own that is named, “Kaamna”, which airs on Sony TV. They thought they could get away with this without expressing their admiration for us but apparently Pakis can sense who is copying their entertainment sector. After all, India hasn’t really been subtle in plagiarising.

They love our Advertisements and Products!

Here the lines are blurred. We don’t exactly know who started this practice first but there is a marked line of advertisements that were nothing but copied works of the other country. Be it the beauty products or the line of washing detergents, India won’t stop expressing its love for us. There have been instances when India wasn’t doing anything other than teasing Pakis through ad campaigns like Mauka Mauka. And then there were moments in which both countries were caught in a copying trance, putting ads out there that were nothing but plagiarized versions of the other country’s advertisements. Some of them have been copied from frame to frame. It isn’t just advertisements. It is also the products associated with them. And it doesn’t end with beauty products. Considering the recent scandal in which India has been selling Pakistani products with their label, it is quite clear that they cannot stop loving us anytime. They admired Pakistan’s products so much that they ended up selling it in the international market as their own. Pakistani traders were not happy at all when they found out.

In the end, it only reinforces the point that Indians love us. They are surely very hesitant in admitting this but actions certainly speak louder than words. So far, they have only been able to express their love for us in the comments section of Coke Studio songs. If you ever get the chance to visit them, you will wonder if these are brothers and sisters from the other mothers! In everything else, especially cricket, they are quite wary of expressing their uncontrolled feelings for us. But judging from their actions, there is nothing but one question that we can ask them. 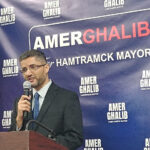 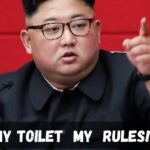