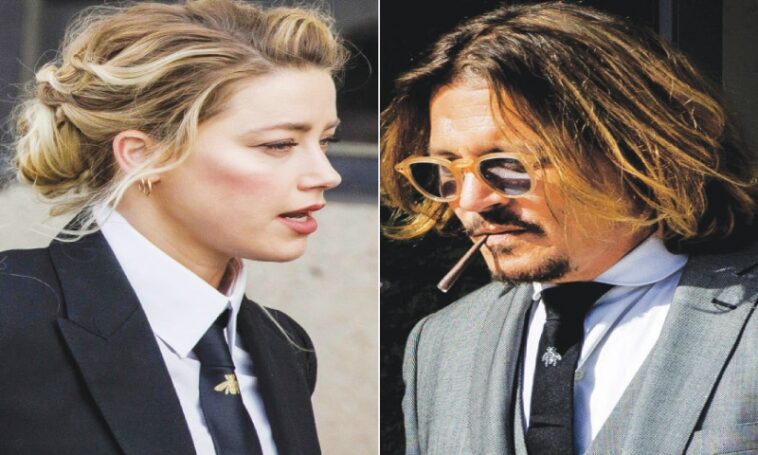 The entire world now knows that Johnny Depp is innocent in the defamation case. Back in 2016, the iconic actor who played the role of Captain Jack Sparrow, and got love from millions of people all around the world, was defamed by his ex-wife, Amber Heard. Amber, being a famous actress herself, claimed that Johnny was a wife-beater, and he was an abuser. At that time, Johnny’s reputation suffered massively due to this exact claim. Many media companies and outlets openly supported Amber Heard. It was only after the mountain of true evidence that everyone got to know the real side of the case. Amber turned out to be the main abuser.

Only recently, Amber Heard lost the case, with Johnny securing a victory. Fans of the brilliant actor are celebrating all around the world. However, international fans aren’t the only ones shaking with joy over Depp emerging as the victor in the trial. Many famous Pakistani celebrities have joined in, and have congratulated Johnny Depp on the result of the trial. Some of them are quite famous and hold a special influence in the entertainment industry of Pakistan.

Sana Javed, the actress of Khaani, was the first one to celebrate Johnny’s victory. She uploaded several pictures of him, and wrote, #johnnydeppforever on her IG account. Fans commented on her post, sharing her enthusiasm over the case.

Mishi Khan is a bold actress who has often spoken on political matters alongside speaking on many social issues. People who regularly follow her will remember her joke when she called Amber Heard, “American Reham Khan.”

The actress of the famous Pakistani drama, Mere Pas Tum Ho has also spoken in favor of Johnny. She has expressed her joy for Mr. Depp winning the case, and securing an amazing victory.

Chief among the supporters of Johnny Depp was Ali Zafar, who shared a para on Johnny’s case in his tweet. He said that although Johnny has won, no amount of victory can bring back what he lost in those prime 6 years. The art that he could have produced would have been amazing. 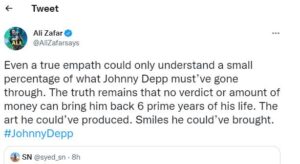